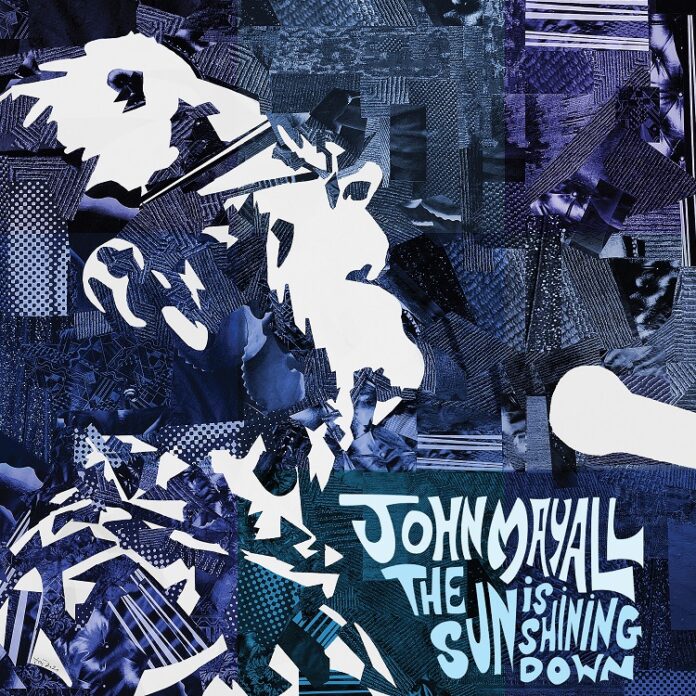 There are many, many things to love about “The Sun Is Shining Down” (which, if Wikipedia is right, is John Mayall’s 36th studio record), but lets start with these two:

First: There’s a song about halfway through, called “One Special Lady”. During the course of its glorious 4 minutes 17 seconds on this planet, Mayall declares that he might be ready to settle down. John Mayall, by the way, is 88 years old. Good lord, it was only in October last year that he announced he was going to retire from touring.

Second: the sense of contentment in the title track. There’s a verse in it, that goes like this:

“It’s been a long, long journey

And I ain’t got time to quit

Things are going so good so far

Not bad for some old Brit”

And you think to yourself: doesn’t everyone in life deserve the opportunity to do whatever they feel like doing?

Which brings us back to the album as a whole, because its as funky, and as soulful, yet as bluesy as you dared dream.

“….Lady” is typical, in that it has a special guest. Hawaiian ukulele whizz, Jake Shimabukuro, is all over this one – and it is notable just how good the star turns are.

That’s especially true of the opener “Hungry And Ready” – and let me just say, its not Wethers Originals he seems to want in his mouth here – Melvin Taylor lends his chops to it. A simply wonderful Chicago Blues thing. There are more where it came from too.

“Can’t Take No More” sees MV favourite Marcus King do something as laid back as you like, before Buddy Miller guests on “I’m As Good As Gone”, where Mayall, raspily reckons he’s going because his baby has treated him wrong. No one believes it.

More seriously, that one is a cover, but what is striking about TSISD is just how many original tunes there are. Scarlett Riviera appears with her violin twice (and she’s been brilliant for 40 odd years), to add a haunting,  quality to “Got To Find A Better Way”, and something nearly Americana about “Deep Blue Sea” – which basically sounds as though it doesn’t have a care in the world.

Perhaps the headline act of the guests, though, is Mike Campbell. A one-time Hearbreaker, now a (near) bluesbreaker he’s mighty and mightily funky on Bernard Allison’s “Chills And Thrills”.

There’s plenty of changes of tone throughout. There’s a sense of longing – almost disappointment – about the stunning Harmonica that so drives “A Quitter Never Wins”, but “Driving Wheel” is as different again. The sort of song that – if he was going to play live – would no doubt have a lengthy and wonderful solo. It’s also worth complimenting the horns here too. They are used frequently on the album, but whenever they are, its just always in the right place.

I never make any secret of my love for Walter Trout. And whenever the great man plays, he makes a reference to “Mr. Mayall”. The esteem he’s held in is of course, well deserved. Moreover, its impossible to listen to this record without understanding that the sun is nowhere near setting on a remarkable career yet.