REVIEW: JOHN GARCIA -THE COYOTE WHO SPOKE IN TONGUES (2017) 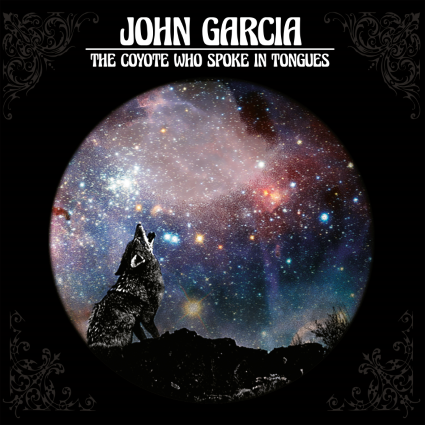 After getting on for 30 years in the desert, Garcia gets gentle

Confession time: this reviewer has been a largely unrequited love affair with Australian pop Princess Kylie Minogue for 30 years. Moreover, of all things that MV will not debate, that her song “I Should Be So Lucky” is the finest pop song ever made, is close to being top of the list.

Both those things being considered, it was with some excitement that we noted that the opening track on John Garcia’s second solo record was called “Kylie”. Hopes were dashed, however, when it appeared unlikely that the song is about at all.

Ok, that probably wasn’t much of a shock, but the style of it was a little more surprising. Featuring that voice that has helped make Garcia legend of desert rock is one thing, but it is the stark, gentle, acoustic backing that you most notice. Subtle changes of pace are all over this, and a bluesy lick, here and there too, but there is no electric guitar, no drums and no fuzzy bass.

And that is the vibe that Garcia adopts throughout these nine songs. “Green Machine” is a real highlight and its wonderful chorus is allied to a country flourish. “Give Me 25ML” stomps as much as an acoustic record can, and there is some intricate playing n “The Hollingsworth Sessions” and another outing for those distinctive vocals, but this an album that makes its point without any real bombast or threat.

That is not to say that it isn’t magnificent – its John Garcia after all – or that it is all cut from the same cloth either. “Space Cadet” has a touch of the riff of “Come Together” about it, “Gardenia” on the other hand, owes more to the glorious work of the late great Elliott Smith.

While nearly all of “….Tongues” is acoustic, there are some ominous strings to add some real unease to “El Rodeo” – which eventually blossoms into something else entirely, but is a fine example of all that is great about the collection.

Nowhere is this better shown, perhaps, than on “Argeblen II” a gorgeous counterpart of the track from his original solo record from 2014, which is proof positive that john Garcia on this record is a much different beast.

As if to re-iterate this still further, the album ends with what amounts to a full on folk instrumental in “Court Order”, but even without words there is a real power here.

And that is why John Garcia needed to take this turn at this point. He’s been in some of the seminal Desert Rock bands for around about 30 years – or put another way, as long as MV has been lusting after Kylie – and “The Coyote Who Spoke In Tongues” is the sound of him keeping things fresh and doing so with really excellent and compelling results.