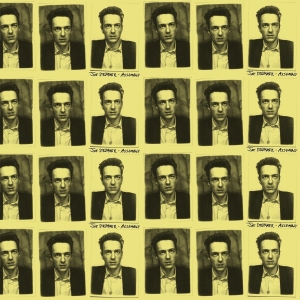 It`s never going to be an easy task to give an appraisal of something released by a legend such as Joe Strummer, you`re bound to upset somebody with something you say or maybe get something wrong but with that said i`m gonna give it a go. Joe Strummer or John Graham Mellor was born in Ankara, Turkey as his father was a second secretary in the Foreign Service. Joe was the lead singer of the 101ers before forming the Clash where he was best known as the co-founder, lyricist, rhythm guitarist, and co-lead vocalist. Rolling Stone magazine called The Clash “the greatest rock & roll band in the world.” I didn`t get to see the Clash until February 1980 which was between the release of `London Calling` and `Sandinista!` but I had the good sense to attend both nights they played at the Top Rank Suite in Birmingham. Later, I saw Joe fronting his band The Mescaleros just after the release of their first album `Rock Art And the X-Ray Style` and once more as support for The Who. Tragically, Joe passed away just before Christmas 2002 and I still remember the shock of hearing it on the radio. There`s a new album this month ‘Assembly’ which showcases carefully curated singles, fan favourites, and archival rarities from the Joe Strummer solo catalogue, featuring three previously unreleased versions of classic Clash tracks.

Let`s start with the solo stuff. `Love Kills is the theme song from the “Sid and Nancy: Love Kills” movie soundtrack and it`s a pretty decent tribute to the punk figurehead with a constant pounding rhythm and vocals almost shared spoken word style apart from the chorus. The dreamy `Sleepwalk` is lifted from the “Earthquake Weather” album. A track that has a sort of Mexican flavoured laid-back vibe with Joe`s vocals quietly shared.

Moving on to the tracks that were recorded with the Mescaleros were have four from the debut album “Rock Art And the X-Ray Style” with the reggae tinged `Tony Adams` named after the footballer but with lyrics that relate a disaster hitting New York City. which has some interesting saxophone tinges. There`s `Yalla Yalla` a number that the singer described as “an ancient British folk song” a real mix match of sounds, `X-Ray Style` that`s quite stripped back with a strummed guitar, bongo percussion and Joe`s hopeful vocal delivery. Then finally `Forbidden City` a sort of curve ball with swirling organ, occasional jarring guitar riffs and vocals drifted atop, a strange but captivating number.

The final numbers with The Mescaleros come from “Streetcore” which was the third and final studio album and released posthumously, with four tracks shared from this more straightforward rock release. `Coma Girl` written about Joe`s daughter Lola who had accompanied him on a short festival tour of California. A superb rock out. `Long Shadow` was originally written by Strummer for Johnny Cash and as you`d expect it has that country flavoured outsider feel. `Get Down Moses` is a dreamy reggae moralisation or edification. The last piece from this release is a cover of Bob Marley`s ‘acoustic spiritual’ classic `Redemption Song` where Joe just offers a strait up tribute which makes it all the more powerful.

The two live songs included were recorded at Brixton Academy, London, 24 November 2001 with the Mescaleros. There`s a blistering version of the rockabilly `I Fought the Law` written by Sonny Curtis of the Crickets and popularized by a cover by the Bobby Fuller Four in the mid-sixties and the reggae rocksteady influenced `Rudie Can’t Fail`. A number that was on the Clash`s seminal album “London Calling”

The track that a lot of Clash aficionados will want to hear is the never-before-heard unreleased home recording of ‘Junco Partner (Acoustic)` which is a terrific offering and if you ever wondered how compelling and enthralling Joe Strummer could be, look no further than this.

Joe Strummer was a musician, singer, songwriter, composer, actor, and radio host. This collection has brought together a real flavour of his career. I have to admit that I haven`t really paid much attention to his work with the Mescaleros and that is my loss as this release made me re-evaluate some of the stuff that I’d only really skimmed over previously. To me any release of this icons work is to be celebrated but in this time of uncertainty it`s a real ray of hope.  I`ll leave the final line to the man himself. “People can change anything they want to,” he famously once said, “and that means everything in the world.”