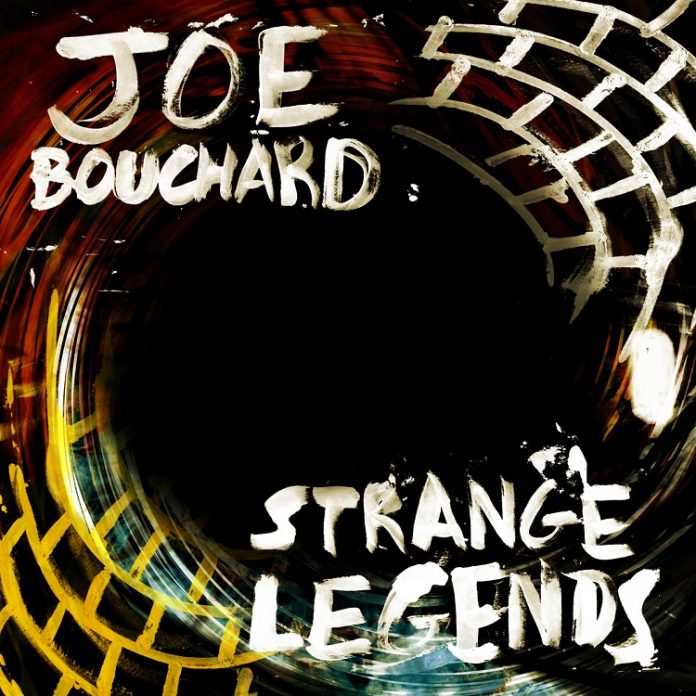 Sometimes the obvious place to start is the only place to do so, so Joe Bouchard along with his brother Albert, was a very early member of Blue Oyster Cult. He was their bass player for 16 years up to 1986 and wrote a number of their big hits.

With “Strange Legends” though, those facts are a little more important than they might usually be, because whilst you never want to define someones future by what they did in their past, across these 11 songs you feel kind of drawn to it.

It’s not that they particularly sound like B.O.C, rather that they sound like they have come straight out of the 1970s with absolutely zero interest in anything that’s gone on in the 40 years since.

Although he plays bass on here (the first time he has on a solo endeavour) “….Legends” is very much a guitar record. “The African Queen” screeches in with a real swagger (JB plays the guitar here too).

That vibe continues too, “Forget About Love” is one of many garage sounding rockers, The Sonics and bands like that have more to do with this sound than anything else, and they are short and sharp.

The musicianship here is from the top draw Micky Curry (Alice Cooper, Bryan Adams) handles the drums and the keyboards frequently augment things too. Notably on work like “Walk Of Fame”. It is noticeable, that where many of his obvious contemporaries would stretch these out to lengthy jams, these – like the aptly named “Hit And Run” – are in and out (indeed, the whole record is less than 40 minutes long) and that adds to the freshness of the project.

“Racing Thru The Desert” is an instrumental, as if to emphasise the point about the lack of jams elsewhere, and it has jazz overtones with the trumpets. You certainly sense that everyone involved had a lot of fun here – and it shows.

Those horns and the keyboards combine to make the darker, slower “She’s A Legend” particularly impressive, and perhaps allow everyone here to explore some different areas.

There are 10 original tracks here, some written by screenwriter John Shirley (best known for his The Crow film) who has worked with B.O.C and others with late John Elwood Cook (who had worked with Bouchard before), the one cover is The Kinks “All Day And All Of The Night” which is turned into something close to The Doors, and given an interesting treatment.

“Once Upon A Time On The Border” has an echo or two of Neil Young, and “Bottom For The Bottomless” has a perceptible sense of foreboding, like its hiding some real darkness, it is balanced out quite beautifully by the albums only real ballad “Strangely In Love” which floats with a real warmth.

“Winter” the last one, almost brings us back full circle, a kind of Eagles on acid feel, like the opener, it rips a lead out of nowhere and proves that the overriding feel of this album is that of guitar based rock – albeit with some real subtleties and diversions.

“Strange Legends” is a real treat. Better than you might have expected, perhaps? Maybe, but absolutely the sort of album that the record player was made for. Whether it’s on vinyl I don’t know, but I am certain that it needs listening to all the way through. A record for music fans, made by them.