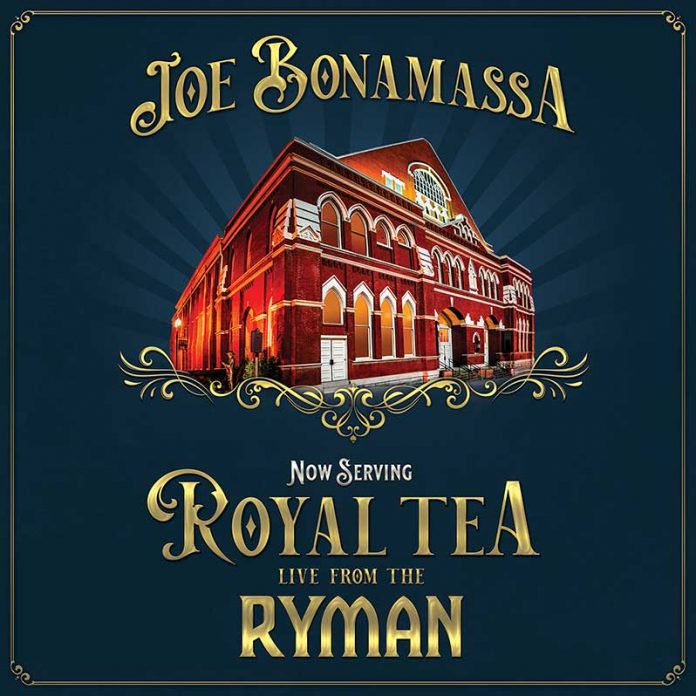 The last concert I went to was on 17th March 2020. Stiff Little Fingers as it goes – the greatest punk rock band in the world, I will accept no arguments.

I have technically “been” at one other, as The Wildhearts did a livestream thing and I have to say, the reason I’d avoided them were all there. It just isn’t for me.

It’s hardly revealing a secret when I say that I love Joe Bonamassa. Purists can argue all day long, but for me, he’s the greatest along with Rory Gallagher. One of the most special nights of my life was being sat in The Royal Albert Hall watching him back in 2019. And its hardly revealing secrets to tell you that I could – if I’d so wished – got a review ticket for the “gig” at the iconic Ryman Theatre in Memphis, when Joe got the band back together (he now lives in the city), and put 1700 cardboard cut-outs on the seats to watch. To be totally candid, I didn’t. Partly because I am a terrible watcher of things on tv, mostly because when I see Joe (first names as I consider us friends at this point….!) I want to be there to experience it, and also because you knew that it was going to be out as an album at some point and live album’s I do like….

Basically its like this:  on September 20th last year JB and the crew ran through the at the time unreleased new album (apart from the brilliant last song “Savannah”, which isn’t here) and then played three from his debut record.

That’s all, pretty much you need to know, except for this being a masterpiece.

The “Royal Tea” album was a departure for Bonamassa not so much that he moved away from his roots, but in so far as he was testing himself. The opener “When One Door Opens” underlines this as much as any. A kind of overture, a bit of grandiosity and then the genuinely heavy bit in the middle. As ever – and this is actually why I love Bonamassa so much – its not about “him” as much as its about the band (and usually the audience).

They have such a chemistry, whether its on the blues infused de facto title track, or the stomping “High Class Girl” – where the organ is king, and played by Reese Wynans it probably should be after all – the collective manages to exceed its parts.

On my original review of the record I said that “Lookout Man!” was musically brilliant and lyrically average (or words to that affect) and I stand by it. “Why Does It Take So Long To Say Goodbye” is much better – and testament to the fact this is not just a facsimile of the record.

Another thing I stand resolutely by is that “A Conversation With Alice” which I kind of want to be Joe talking to Alice Cooper is the one. Moreover, it’s one of the best – top five easy – songs Joe has ever made. Personal, hard rocking and the slide guitar here….just listen to it. This is a work of genius by a genius.

Also on that original review I said that “I Didn’t Think She Would Do It” “will sound brilliant live”. It does. It is unmistakably “British” sounding too, which was the vibe that was attempted on the record (recorded at Abbey Road with Bernie Marsden amongst others) and an example of the chances being taken here is “Beyond The Silence” and its brooding, being followed by the ragtime, prohibition era fun of “Lonely Boy” (written with Jools Holland, to no ones surprise).

From there we are into the old stuff. “A New Day Yesterday” – that debut we talked about – was celebrating an anniversary last year, and Bonamassa, who is fantastic at dealing with his own archive, rips through Gallagher’s “Cradle Rock”, Free’s incredible “Walk In My Shadow” and the album’s title track – still phenomenal, and this time segued with “Starship Trooper” by Yes.

And actually, you don’t need to be a psychologist to see this as his journey. The one from brilliant young kid, packing the early albums with covers to the brilliant artist, the singer/songwriter who has things to say.

He’s the best of the modern era, nothing will sway me from that, and when he says “We’ve played the Ryman 8 and a half times” you know what he means. This is the half, because there was no crowd, but goodness me, this is some sweet tea. And the “proper” 10th show the band plays here will be a sight to behold no doubt.