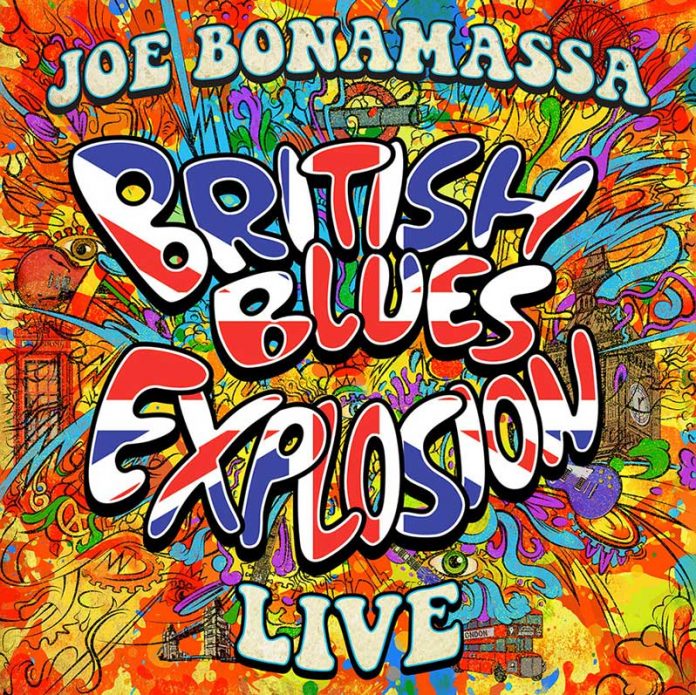 The bonus disc on this might be an odd place to start, but here it reveals a side of Joe Bonamassa that you never see. In the iconic Cavern Club, Liverpool, with a couple of hundred fans Joe and the band are playing The Beatles “Taxman” and the New Yorker – never seen live without a suit and a hair out of place is sweaty, in a Cavern Club shirt and jeans, and for five minutes, he’s the kid, not the star, not the king of modern blues, but the kid who grew up with this music in his heart.

And, that really, is what brought him over here, a couple of summers ago to play these British Blues Explosion shows, wherein Bonamassa rifled through his own record collection. I was privileged to witness the Bristol one. “It takes real bravery to attempt what was done tonight, it takes real skill to pull it off. The biggest compliment you can pay the show is this: Even if you didn’t know any of the songs – and it’s a fair bet that very few had heard all of them before tonight – you’d still know that you were witnessing something incredible,” was how I described it that night, and watching it back now for the first time since, there is nothing to alter that thought.

The main feature, recorded in Greenwich, at the beautiful Old Naval College, and gorgeously shot, – just a couple of days after when I saw it – starts with “Beck’s Bolero/Rice Pudding” and with the fabulous organ of Reese Wynans to the fore, it serves as an early warning that this is a band like no other. 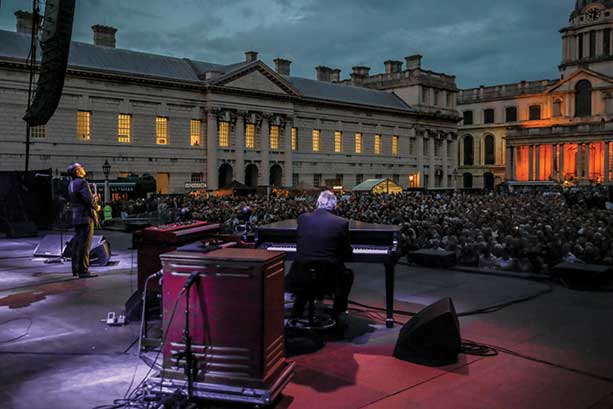 Able to turn their hands to the laid back “Florida Mainline” and do Clapton justice, while at the same time letting their hair down with the barroom brawl of “Boogie With Stu” (Joe was still playing the Led Zep song on his recent UK run). This one – and so many others – notably the blues freak out of “Let Me Love You Baby” show just what a fine sideman Russ Irwin is, backing vocals, guitar and piano are all within his remit here and all done with class.

Bonamassa’s ability to make his guitar the most expressive instrument around is all over the strident version of Jeff Beck’s “Plynth (Water Down The Drain)” and his solo stomps and soars, but as ever his skill is that he doesn’t make the whole thing about him. Rather the song and the band are the focus. Here, in fact, Anton Fig beats his drums as if they owe him money.

Of course, there is a wonderful array of songs to work with here, but they don’t haf bring them alive. “Double Crossing Time” is, you imagine, Bonamassa’s favourite (certainly his solo indicates that, but you can’t really tell behind the dark glasses – he’s nothing if not a rock star). The majesty of the song, actually, is matched by that of the surrounds, with the sun just going down as it plays.

It is clear to that this is a show that everyone was fully invested in. “Motherless Children” is superb, but it’s more than that. Just listen to Bonamassa talking on stage about Cream’s “She Walks Like Bearded Rainbow” and the way he does is that of a man who still can’t believe his luck that he does what he does for a living – the way he plays it confirms that, but also reaffirms why he gets to be on stage night after night.

The medley of “Tea For One/I Can’t Quit You Baby” is simply magnificent – the solo alone is worth buying the DVD/CD package for. “Little Girl” strips away pop music to his bare, primal bones, “Pretending” on the other hand, has a soulful side, largely due to Wynans’ piano.

“Black Water/Django” sees Bonamassa initially alone, playing solo, the dark of the night sky providing an evocative backdrop to the primal, eerie sounds, before the band join him on a journey to places you might not expect. 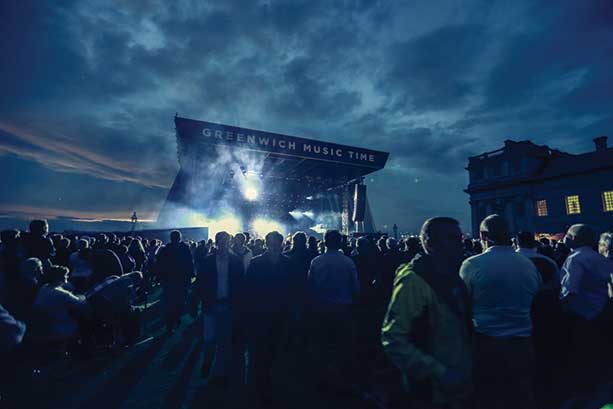 The unmistakable groove of “How Many More Times” might be difficult to get wrong – so good, after all, was the song that Led Zep constructed – but it is difficult to conceive that anyone else other than these men would have managed to get the jam as right as this. The same is true of the rest of the show, too.

Which is why, on reflection, I was only half right when I said we were “witnessing something incredible” a couple of years ago. It is, of course and this DVD brings it alive in a way that few concert DVD’s ever do. But here, we aren’t just watching as the greatest blues guitarist ever (and yes I said that and stick by it) pays homage to the greats. We are watching as Joe Bonamassa channels them and adds his own unique abilities.