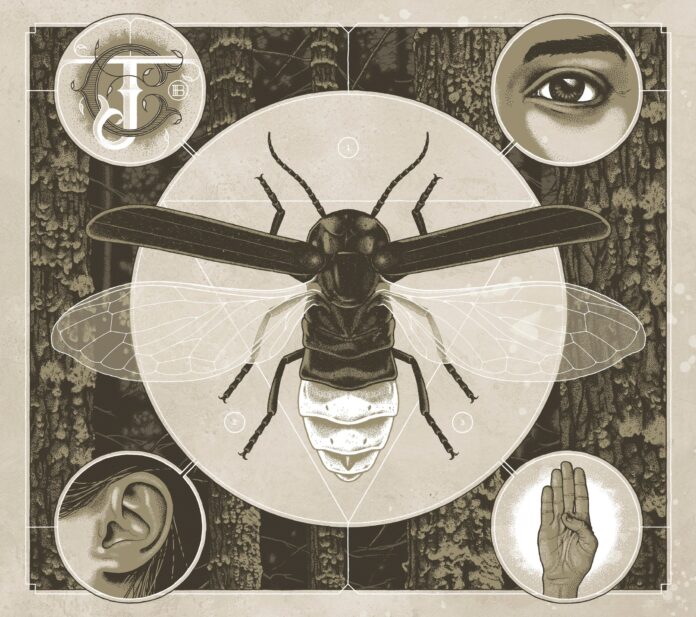 As much as you try and eschew the cliché, sometimes it’s the only thing.

The title track here is stunning. Like, if I was arsed with “Best Of The Year” lists, it’d be in the top two good (“The Writing On The Wall” by Iron Maiden the only one that could take its crown), and as it plays you can’t help it.

You go “Christ, that’s the best song that Alice In Chains never wrote”. Now, if you’re reading this review, on this website, I kind of shouldn’t insult you, but Jerry Cantrell formed that band. You knew that.

But its still time for a quick disclaimer: I rarely listen to music for purely pleasure these days. I try and review a record a day, after all, but when I do, the same three bands are never far off the turntable. Thin Lizzy, the Hold Steady, and AIC. For over 35 years they’ve resonated with me and many others and provided the soundtrack to some fantastic highs and lows – and listening to this, they do for a reason that I never actually realised before: Cantrell’s voice and guitar sound is unique.

That’s not to say that “Brighten” – his first solo record for almost two decades – as a whole is AIC MKII this is not like the Rob Zombie albums when you sort of think  “why did White Zombie split?” No, rather you can see the building blocks, but this has a whole new toy box.

“Atone” has a touch of Southern rock about its opener, but the way it builds and explodes is genuinely phenomenal. These are epics, on a widescreen level. He’s collaborated with film composer Tyler Bates (John Wick) and it shows – plus there’s a cast of some of the finest rock musicians around (Duff McKagan anyone?).

However, never mind all that, because the most important thing of these nine songs? Their infinite quality. “Prism Of Doubt” has an undercurrent of sadness, but try and resist its chorus. You won’t.

And they are – mostly – lengthy. The six minute acoustic “Black Hearts And Evil Done” with its mournful Lap Steel (a similar vibe to the aforementioned McKagan’s solo record from a year or two back) could come straight from a Jesse Malin album and the beautifully bleak third single from the album  “Siren’s Song” builds at its own pace in a quasi prog type area.

When this wants to riff, though, Jerry isn’t found wanting. “Had To Know” bursts out, almost as if it knows the previous two have been quiet and its not having that, but it just seems that for the most part, this is a reflective record, exemplified by work like the stoic, harmony filled “Nobody Breaks You”, and the brilliant keyboard work on “Dismembered” elevates that one into places that no one else would have thought of.

The closing “Goodbye” is another built around a piano and strings. On that one he sings “I will write songs for you, I’ll be your silver spoon” but you sense that these songs were driven by a need deep within Cantrell, and nowhere else.

If I’d reviewed this one last year I’d have called it one of the best of 2021, as it is I’ll just call it phenomenal instead, how about that.