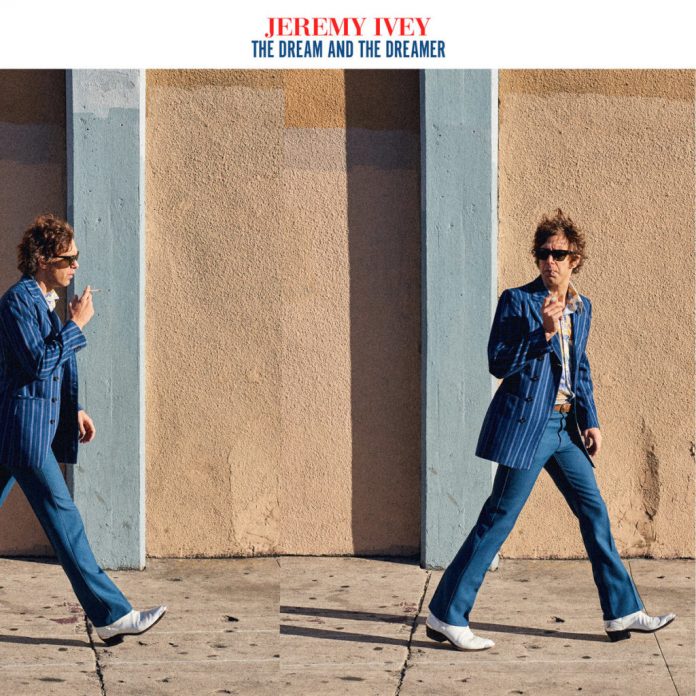 “The Dream And The Dreamer” begins with these words: “I’ve been walking through the wasted streets, by the station and the hotel” and that had me hooked.

Whatever came next, the images it conjured images of a dystopian, murky world, were enough to mark Jeremy Ivey out as interesting.

And it became clear that Ivey isn’t merely just interesting, he is incredibly skilled.

Those fabulous words are topped off by two things. First some superb harmonies from his wife Margot Price (who produces here too) and second, over a musical bed that could very well have been made by Drive By Truckers.

“…..Dreamer” is Ivey’s first solo record. He’s been in plenty of bands, though, notably Secret Handshake and country-soul group Buffalo Clover (both of these with Price) and his reason for stepping out of the shadows and into the light, as it were, is simple: “I want to prove that you can be in your 40s and be at the peak of your creativity,” he says. “Not a has-been, but as an ‘is-being.’”

To that end, although this is rooted in the classic singer/songwriter sound (and you won’t have to look hard to spot some Dylan and Neil Young here) this is the work of someone who is very much his own man.

“Falling Man” is as laid back and psychedelic as you can conceive. It appears to waft in on the breeze rather than announcing itself, but for all the dreaminess of that, and Ivey’s laid back, almost laconic style, there’s no disguising the acerbic nature of some of these. “Story Of A Fish” is a case in point. Adopted himself, this one is a little more autobiographical than most.

Dealing in imagery and metaphor, so that even the classic country feel of “Worry Doll” and the likes is fresh, and when he does bleak, dark, claustrophobic Americana, as on the fabulous “Laughing Willy” things switch gear to wonderful effect.

“Greyhound” does the itinerant troubadour thing, and does so as a duet with Price, but along with the opener, “Gina The Tramp” is the best thing here. Recalling the solo stuff of Craig Finn, the sense of this being a short story rather than a song is writ large.

“Ahead, Behind” is exactly the sort of thing that Jason Isbell is famous for. Its solo has a rock n roll feel, while there is a palpable sense of sadness, a disconnection in the title track. Its piano strains have a timeless feel, and when he talks about “the fear on the TV might kill us first” it could have only come from a 40 something looking for his place in the world.

Jeremy Ivey has articulated that feeling, and done so brilliantly. This collection might take a while to fully embed itself, but when it does reveal the true majesty of what it has got, it is superb. “The Dream And The Dreamer” will make sense to all those who don’t know what their dream is, just that it exists in the darkness somewhere.