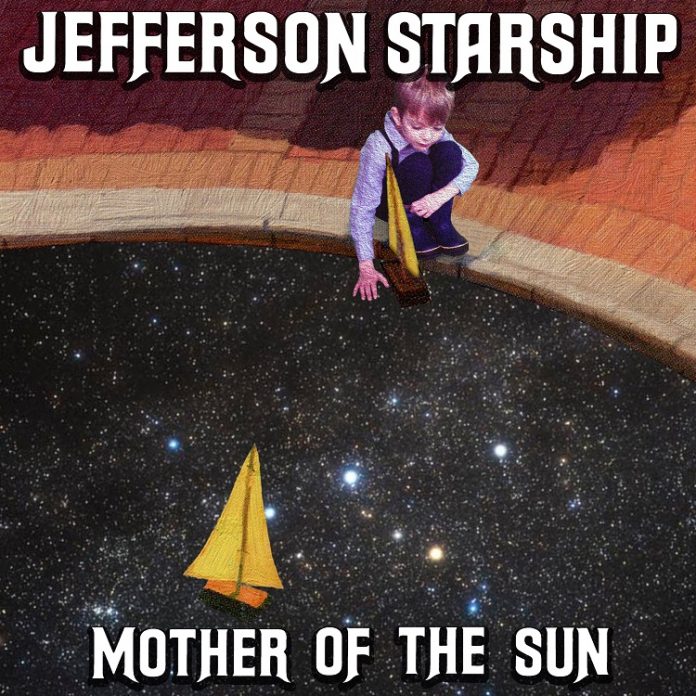 Ignore who is making this album. Strip it all away and the first song “It’s About Time” would be just about one of the finest that anyone has released this year.

An anthem of hope, an anthem for change. “Old white men have had their turn, thousands of years and what have we learned?”. It should, if  there was any justice in this world, be playing when they pull Trump out of the White House by his wig this November and then fetch Johnson and his Cronies before the courts here, for the evils they have inflIcted on this country.

It won’t, of course. Because a) not everyone thinks like me and b) music probably doesn’t have the power to change the world and it might be just as well to enjoy it as a brilliant slice of American Arena Rock. Which it is.

However, when you factor the rest of it in, the fact that is the first song on the first new music from Jefferson Starship for 12 years (it is even co-written by Grace Slick) and somehow it becomes even more incredible.

The whole of this record, actually, sounds like it has so much to say. For all the widescreen ruggedness of “What Are We Waiting For?” it still pricks the social conscience more than most: “They’re selling you cancer, both cure and disease” sings Cathy Richardson, who does an incredible job throughout.

And, if you had to find one word for it, then surely, that would be “class”. The low slung, bluesy class of “Setting Sun” (sung by founder member of the band, David Freiberg) underlines not just that, but also the breadth and diversity of this material. Of course, big hits and mega sounds come natural and “Runaway” soars. It is the perfect example of what used to be called AOR and is now just classic rock.

This, though, is an interesting mix of the old and the new. Marty Balin joins Slick in co-writing some songs, and Pete Sears, another original, plays bass on a couple of them. For the new, though, there is Jude Gold. The bands wonderful guitarist (who is making his recording debut here) is superb everywhere, but is given his own moment with the live freak-out of “Embryonic Journey”.

After this is another Frieberg one. A piano led thing, “Don’t Be Sad Anymore” which essentially casts him in a lounge lizard, late night jazz club type of way. It is yet more proof that whatever “Mother Of The Son” does, it does it incredibly well.

Many times bands make comeback albums – “Chinese Democracy” anyone – and you wish they hadn’t. Here though, Jefferson Starship buck the trend by basically just making a modern sounding classic rock record that nods to the past, but is more concerned with the future.