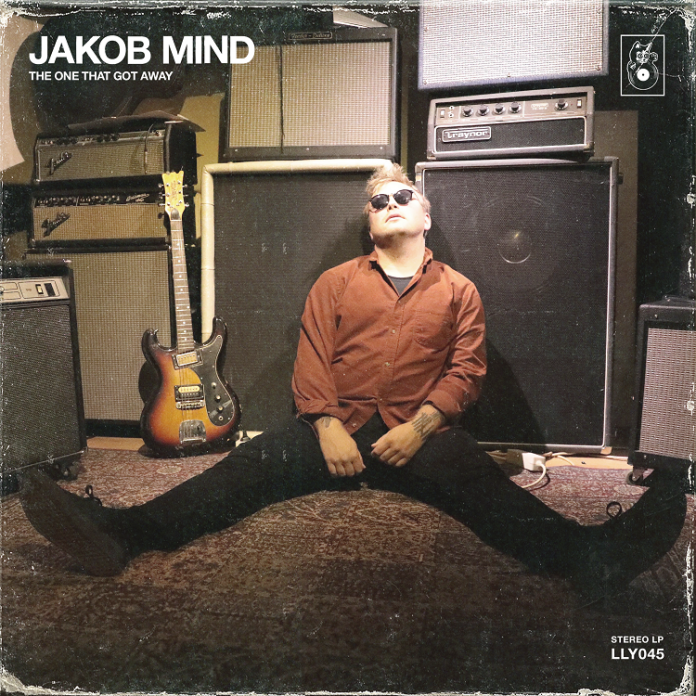 Jakob Arvidsson has been a prominent part of the Swedish punk scene for years, starting his career with hardcore punk band Agent Attitude in 2010. They released three full length albums before breaking up in 2015. Jakob quickly moved on to form
Rotten Mind, which to date is his most widely known project with their debut album” I’m Alone Even With You” released in 2015. He has his debut solo album `The One That Got Away` released this month under a project name of Jakob Mind with songs inspired by his hometown setting of Uppsala and stories that revolve around friendship, relationships, and life on the streets.

Our introduction is `The One Who Got Away` which is loud and brash with grinding guitar chords and belting drums. The singer has related that it`s about choosing not to live a “normal “life with a steady job but do the things he wants to. A driving delightful three minutes of controlled mayhem. Next up is a tribute to the singer`s friend Lars who passed away earlier this year with `Watch The City Burn` and the memories of the times they spent together. A blistering punk tinged number with some reverberating guitar riffs towards the end.

`7 Days` is about touring and the mixed feelings that emerge from wanting to be on the road but missing loved ones. A mid paced belter that again has some cracking riffs throughout. We have a more retro garage texture to `Let Them Know` an amusing tale of the singer and his buddy attempting to book a table in their favourite bar in their hometown as it`s always packed and they didn`t want to get there early. Sadly, their endeavour was unsuccessful.

`The Little Evil One` is an instrumental with some delightful almost driving drumming, churning guitar riffs and an occasional synth like glimmer that gave it a surreal feel and added to the atmosphere of racing along on a speeding motorcycle. We have a kind of retro fifties vibe with a slight modern twist on `Rock N Roll`s Got Me All Messed Up`.

`On the Floor` is a little left-field in that it`s neither one thing nor another. It has some complex guitar riffs, repetitive pounding drums and vocals that seem to be almost remotely shared. We also enjoy some additional quite haunted guitar chords, and the number seems to take a slight burst of speed towards the end, a really interesting listen. I read somewhere that `You Wanted Me To Hang Around You` is a cover of a song written by Gary Valentine, one time bass guitarist for rock band Blondie. After checking the original, this I felt had more of an edge but still retained that sense of heartache.

`Too Fast To See` is a head down non nonsense punk like churning musical assault that will have you at least tapping your foot along to it. We close out with `I Don`t Wanna Be (Around) You` which again races along and is a thumping powerful diatribe about certain types of people who the singer has unfortunately met on his travels.

`The One That Got Away` is a cracker of an album. It relates to friendships, the ups and downs of life on the road and relationships shared against a backdrop of some dynamic punk come power pop with a little garage rock thrown in for good measure. We enjoy some captivating melodies and straight forward and honest lyrics that simply describe life as it is for this singer. If you want something with a bit of bite that will take you away from life`s challenges for a while, Jakob Mind will oblige you.