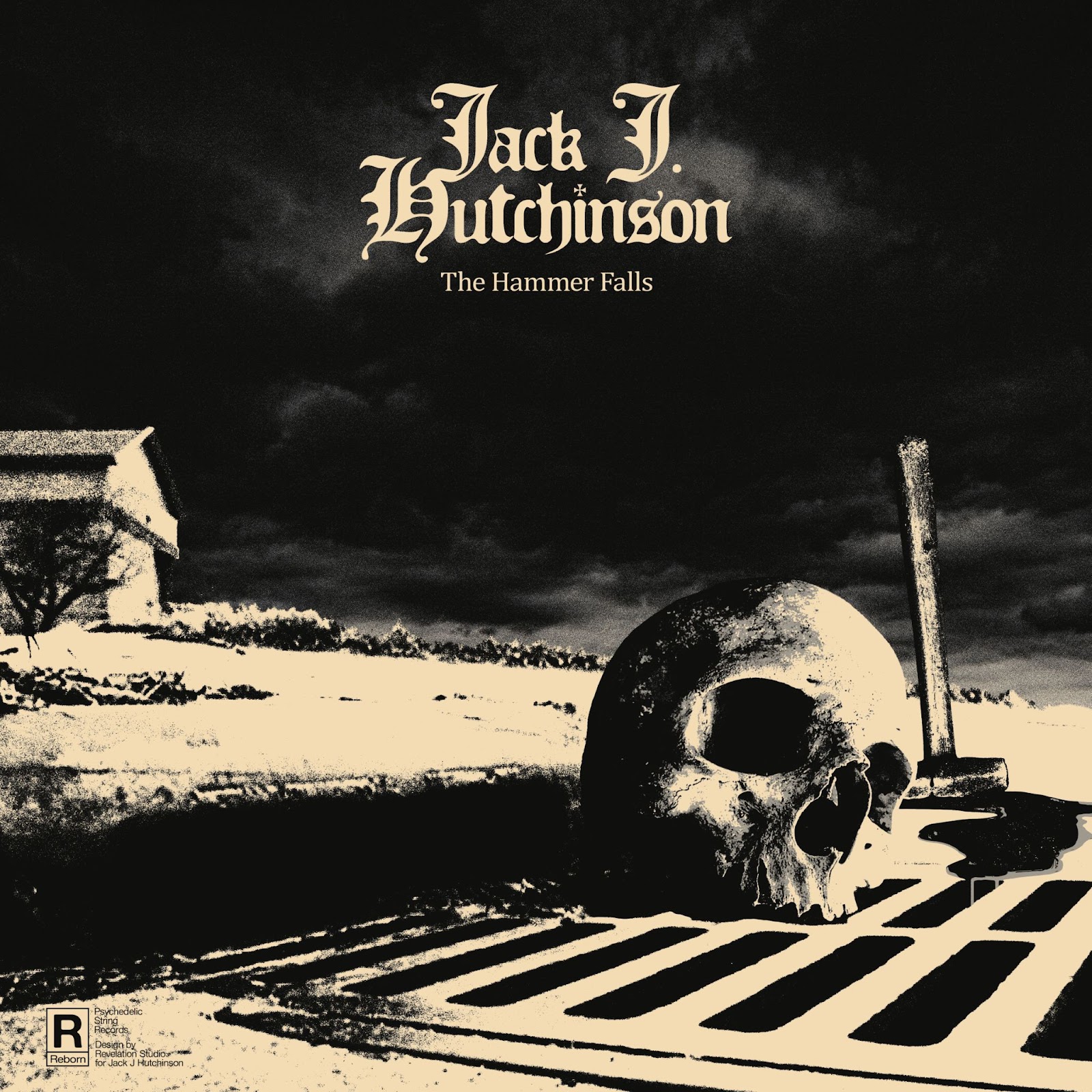 Sometimes you write intro’s to reviews and you think ‘shit, I shouldn’t have said that’.

Jack J. Hutchinson has been on this site loads of times, over the years. I am glad to support his work in a small way, as I am with anyone who deserves it…but, anyone who knows me will back this up: I am a dreadful watcher of anything that isn’t on TV or live at the event, so all those videos that have been on the site…can I be honest? I’ve not actually watched a whole one.

So it was, that it wasn’t until “The Hammer Falls” that I’d actually sat down to engage with a Jack J Hutchinson song. And ladies and gents, we are strapped in for a good old game of Everything Andy Thinks Is Wrong, because JJH (as I am now calling him) is nothing like I expected.

I’d assumed he was one of the plethora of bluesy rockers (think Jared James Nichols), but “…Falls”, which he reckons is his best record, is way more interesting than that.

Saying that, the opener” Straight To Hell” does come in with a proper groove. The type so sturdy that you can hang your big coat on the think with no problem. But, see our boy Jack, he doesn’t care for what you think is going to happen. So here’s what he does.

First, he tells you that “when the reaper comes around, we are heading straight to hell.” – I can tell you that I’ve already seen Shinedown live so I’ve been to hell and back again – then he rips a metal solo out of his back pocket (he does this a lot and you never see them coming) before, for no reason that I can fathom, he does a breakdown part which is pure Sabbath.

So, right, now we are engaged. If he’s not doing this on auto-pilot then neither am I. The title track rockets along with an energy of the young alt-rockers, but the lead guitar, man. The lead guitar is good (in fact from now on, do me a favour and assume they’ve all got mighty solos to save me writing the same thing?).

It just keeps on getting better too. “Down By The River” is the one. Downright brilliant from its doomy intro (My Dying Bride would love it) to its hook, it’s the one that convinces we have a serious talent on our hands.

“Angel Of Death” is not a Slayer cover, but in fairness does have a touch of “Nothing Else Matters” in its pre-chorus. If nothing else, it shows you that no on here was interested in cliched balladry.

Planet Rock listeners might enjoy “Halo” a bit more than the others, I guess (although doubtless they’d be requesting Aerosmith two minutes later). If there’s justice in this world he plays it on stadium shows in front of Guns N Roses gear in July or something (it did work for Tyler Bryant, who might approve of the song). While, if we are all honest with ourselves we can all spot a bit of AC/DC in the intro to “Call Of The Wild”, it does have lyrics referencing “shit covered up with flies” –  so forget convention.

“Gunslinger” isn’t the southern rock infused thing I imagined when scanning the tracklist, and it kind of fits the ethos. There’s something of the lone wolf, the outsider, if you will about all of this. “The Raven’s Crow” for example is darkly heavy, and as much as I enjoy the likes of Inglorious, 100% they aren’t doing this. They aren’t growling with this much menace. Ever.

There’s a rock anthem in “What Doesn’t Kill You (Only Makes You Stronger)” – fists will be raised in festival fields – and “World On Fire” has a real intent. It needs to finish live shows. If Slash had it on his new album, then there’s a Gold Disc.

Then there’s a line in it, right at the end of the chorus, that convinced me to write this review in the way I did: “rip it up, then start again”. If everything about this record had to smash the cliché to pieces, then this review had to do the same. Jack J. Hutchinson in general, and “The Hammer Falls” in particular, deserved nothing less.