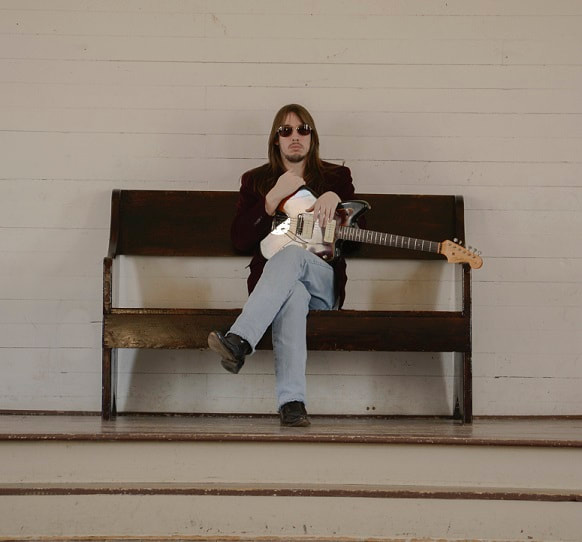 In the autumn of 2017, I was sent a record by an Alabama singer-songwriter called Izzy Miller. It was a collaboration between Izzy and a band called The Black Market Salesman. It was superb, for all kinds of reasons. It was a comeback for Miller, he’d had some success in the US and retreated from view.

Early last year, he was back, with a thing of fragile beauty entitled “Precipice.” That one was interesting, because as I noted in the review that I wrote: [There is] “Not a rock n roll song in sight either. There are no drums here, no real lead guitar.”

For “Life On The One And Three” he’s found some kind of halfway house, and in doing so, he has created something that is – yet again – absolutely superb.

Like the others, an EP, and like the last one, a wonderfully skilful all-star cast is present. including Joey Huffman on organ (Matchbox 20, Soul Asylum), Mike Daly on pedal steel (Hank Williams Jr., Travis Tritt) and a couple of the guys from Black Market Salesman, Shane Davis on guitar and Kris Poorman on drums.

It is Huffman’s keys that you first notice, on the brilliant opener, “Days”, as the piano makes it seem a little like a 70s Elton John song, if it had been conceived in Laurel Canyon. At the risk of writing the same review I did last time, too, the words of these songs are so evocative. “Feel you warm touch on the breeze, as I replay all the scenes” goes the last line here, and maybe there’s a common thread running through all these, maybe this is the same girl from the 2017 track, “One Day”, that he waited outside her work just to say hello – only Izzy knows, I guess.

One thing that did come as a surprise is that Miller is only in his mid-20s, his voice and the feel of these songs – take the honky-tonk “Let Me Be A Memory” as an example, sounds way more mature than that.

On “One More Day” here, he sings a line that will resonate with more people than would want to admit it: “I was in love,” he says in his kind of half-spoken, confessional way, “with an image that I thought was you, what a drag to find out not a word you said was true”, and that is a rare gift.

“To Her (Wherever She May Be)” has, to me, at any rate the suggestion of “Debris” era Faces, certainly the great Ian McLagan would surely be smiling at the piano work (I never saw them, but saw him do it with Billy Bragg many times) and the matter of fact throwaway line of “I was out drinking, you were out there doping up,” makes you feel like you’re listening to his catharsis, not just a song.

“If We Can’t Work It Out” changes vibe. More of a rocker – the lead work here is pretty Stones’ flavoured in fairness, and its this ability to switch, yet still sound so real and authentic that really, in my view puts Izzy Miller right up there with the modern singer/songwriters.

The five songs on “Live On The One And Three” sound like they’ve been unearthed in some dusty archive, but that they’ve been made in the 21st century is merely to their credit, and indicates the timeless brilliance that is on show here.