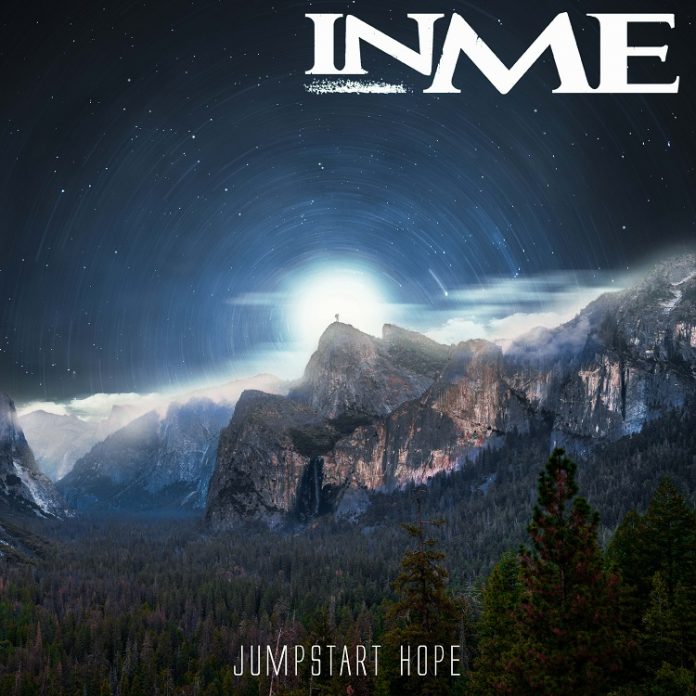 “Jumpstart Hope” should have been out ages ago. I am not sure what the delays were to do with, but InMe were playing songs from it back in September, when I saw them (indeed – from memory there was an EP on sale with a few new tunes on?) but there’s another couple of reasons for mentioning that show.

It was fabulous, but that isn’t one of them. That’s a given, surely? But rather first, was the fact that a lady in the crowd was obviously in distress. She appeared to be overcome by emotion at seeing the band and was being comforted by her friends. Drummer Tom Dalton had seen this and at the end of the show, he went over to make sure she was alright and gave her a setlist. He didn’t need to do either thing. That he took the time to is something that needs to be recognised. You want decent people to succeed.

Then there’s the second thing. There are a few musicians who publicly live out their struggles with mental health. I am sure we can all think of a few. But Dave McPherson is most definitely one.

At that aforementioned Birmingham gig, someone shouted out “I love you, Dave” to him. His reply was jarring – but in keeping with the honesty you expect. “I am glad you love me,” he said. “I just hate myself.”

And I couldn’t get those words out of my head while listening to “Jumpstart Hope”. I have been with the band since the start. I bought “Overgrown Eden” in 2003, I saw them on that tour, and actually everything that was great about them then is still prevalent on “…Hope” it’s just that every one’s a bit older, wiser (?) and the attack is more nuanced and a little more lush than the more raw stuff back then.

“Blood Orange Lake” starts with an alt-rock riff that in fairness would have graced “….Eden” (it would have graced anything) but by the chorus, given the strings and McPherson’s delivery it is some kind of Prog Rock take on Muse.

Here, perhaps more than any other album they’ve done, there is a feeling that chances were being taken. “The Next Song” has some haunting keys, which, when allied to the suggestion you are reading a man’s diaries when you listen to the lyrics, make this one a real highlight.

Wherever you look on this, there is something compelling, however. “For Something To Happen” alters the tempo, if not the mood. Dublin’s Keywest released a hit album last year and this is the type of thing they did so well. They didn’t have anything quite as heavy as “I Swear”, and that’s where InMe really score. They are one of those bands that are deceptive. Gazz Marlow and his counterpart on Rhythm, John O’Keefe do the riffs (and the breakdown here is particularly crushing) that others just don’t.

On occasion, it almost feels like this is a real melting pot from which something melds and comes out of amazing coherence considering the competing parts. “Clear History” – ostensibly a ballad – is one such, while the dark “The Leopard” (“I have given up on myself” is a particularly harrowing first line) continues the more gentle musical end to their material, which is balanced out marvellously prog rock “Alone”.

“Rouge Waves” has more urgency, but no less pain amongst it’s lyrics, and the rawness with which McPherson delivers the chorus almost seems to rip his throat. He is, though, always one step away from being a troubadour (I’ve seen him do a few acoustic gigs) and the idea of him and acoustic is right to the fore on the gorgeously sparse “Ancestry”.

Remember those words of McPherson to the fan? They are right at the forefront of my mind again as the chorus of “Shame” hits, “I am ashamed to say this”, he sings, “I am sorry for all of this”. And you just hope that the “Jumpstart Hope” gave him some catharsis. What he said to the fan that night after saying he hated himself resonates too. “Makes for good music, though, doesn’t it?” He’s smiled. It does. You only hope he knows it’s good. Because then it will be worth it.