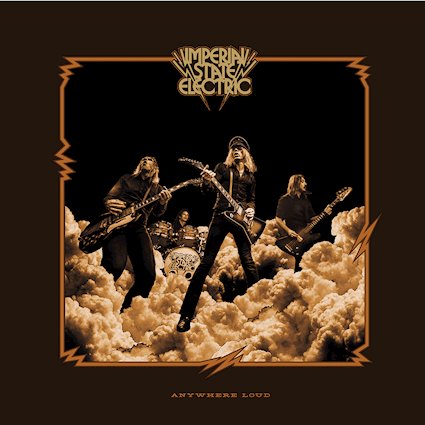 The boys in their natural habitat

Time has faded the memory of who said it (it my have been Mike Patton) but I can remember reading an article in Metal Hammer years ago where the question said: “What was the last album to change your life?” The answer came back: “all good music should change your life.”

Think about that for a second. It might seem glib, but it’s not. Musical taste should evolve. I know someone who won’t listen to “new music” as “it ain’t as good as the 80s.” And yet, without curiosity – and yeah probably a short attention span – you miss out on so much.

It’s like this: if in the 80s my heart belonged to Bon Jovi, Guns N Roses and especially Poison, the 90s were The Almighty and The Wildhearts which in turn led me to The Backyard Babies in the late part of the decade. From there the journey took in record clubs for Scandinavian rock, where I became enthralled by The Hellacopters. A band that I still mention in about three reviews a week and led by the genius that is Nicke Andersson – look him up if you don’t know how many bands this man has been in, how many wonderful songs he’s written, albums he’s produced, legends he’s worked with. Put simply, if Rock N Roll has been good in the last 20 years, he’s been in the band, or they sound like a band he’s been in.

All of which leads us to “Anywhere Loud” – the first full length live album from Imperial State Electric, the outfit that Andersson has been fronting since 2010 – a 23 song romp through some of their best stuff, played live, in the way it was meant to be, by people who live – and love – this sort of music.

Captured live at sold-out, shows in Madrid, Stockholm and Tokyo between 2014-2016, this is a snapshot into the reason that ISE are so absolutely fantastic. From the gleeful kick off of “It Ain’t What You Think (It’s What You Do)” to the ending freakout of “Throwing Stones” (the best song The Wildhearts never wrote) then there is something special here.

Of course, you can never recreate a live gig on CD (all live albums suffer from this) but this is a better stab than most. Only the band know if it is, but it sounds more warts and all than many, which adds to its charm. If Thin Lizzy’s “Live And Dangerous” was touched up more times in the studio than the girl at the end of G N R’s “Rocket Queen” then this has a bootleg quality. At the start of the title track, Andersson is in too early – it makes the record better.

The diversity of the bands material is shown here too. The journey through the out and out rock n roll of “Deride And Conquer” to the supreme catchiness of “I Apologise” (which is the “Andersson sound” bottled) to the country flavoured “Break It Down” is only 10 minutes or so in the middle of the record, but crikey, it has more to offer than some bands do in a career.

The pounding “Holiday From My Vacation” has always been a favourite of mine, and here it even manages to include a drum solo and still be cool, “Can’t Seem To Shake It Off My Mind” has a timeless, blissful quality, and “Uh Huh” is 96 seconds of punk chug fun, and even the covers they play make sense. “Sonic Reducer” is given a glam sheen and The Kids “This Is Rock N Roll” is more than an anthem. It’s ISE’s mission statement.

It’s difficult to say a live album – any live album – is essential, but this one has a fine stab at being unmissable. If you don’t know the band start with “Honk Machine” and work through. The rest of you, just glory in this and wish you’d been there. If you don’t know Nicke Andersson start with “High Visibility” by The Hellacopters then tweet to me to say thanks – it might just change your life.

Previous article
ARTIST OF THE DAY: JIMMY SWEET
Next article
Getting Wayward On The Road