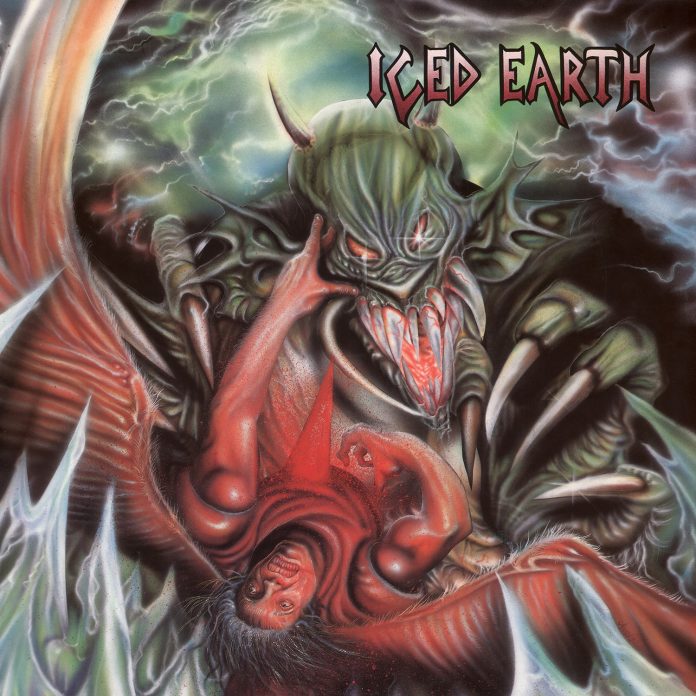 Back in January – if you can remember that far ago – I was sitting at my desk at work and read something on Twitter that freaked me out.

I am of a “certain age” and that’s cool, but to me, 1990 is yesterday. It was the year my gran died, Poison released “Unskinny Bop”, the year that Iron Maiden put out “No Prayer For The Dying”  and my first gig wasn’t until the following year.

It was also the year that Jon Schaffer put out the first Iced Earth record. I remember reading Kerrang! And Raw and I bought this album on Cassette (how else were you going to listen to it on your Walkman?) and it might have been on Import too. I can’t remember, but that blue sticker that said “import” was always fun, that’s for sure.

The point I am making is that the musical landscape was different, then. And this album, coming out when it did, stuck out as being different. It was metal, and even as 14, nearly 15 year old, I knew what metal was, but it wasn’t metal that sounded like anything else, not really.

Listening to the record for this review, in full for the first time in about 25 years, in truth, all that still holds true. This was – and is – still fresh. The trouble is, I am now listening to it with hindsight. So I know, now but didn’t then, that it’s melding thrash with heavy metal. The opening to the eponymous title track is still superb (and is when they play it live still) but it’s Gene Adam that you notice more than anything – and in absolute truth, I still don’t know to this day if I like his voice. I’ll say that it’s distinctive, that’s for sure.

The sound on work like “Written On The Walls” is – for my money – the rawest they ever found too. For all the shredding of Schaffer (who is brilliant and always will be) this spits with a violence that they don’t really now.

However, strip it all away and what you are left with is just a hell of a metal band. “Colors” features yet more pomp and ceremony, while the more considered stuff such as “Curse The Sky” builds as well as anything here and you can’t really let Randy Shawyer’s contribution go under the radar here, and he slashes.

“Life And Death” feels just a little like a centrepiece of it, a bit of shade in the maelstrom, if you like, and the acoustics of “Solitude” still have ripples in thrash and metal today.

What this remaster (from Zeuss) has done is add extra power to the original production, which works on the crushing “Funeral” which now has the power, the gravitas, if you like, that it should have, and the last one, the epic sounding “When The Night Falls” is a really superb closing effort too. Big and pompous its what Iced Earth should forever be.

It is – in truth – not their best album. Deserving a remaster, though as it needed to sound this good, it is the proto thoughts of Jon Schaffer. None of the other members of the band in this era are still here, but the sound and the vision of the main man is definitely in evidence throughout. And when we get to 2050 and this is all a distant memory, the sound will remain.