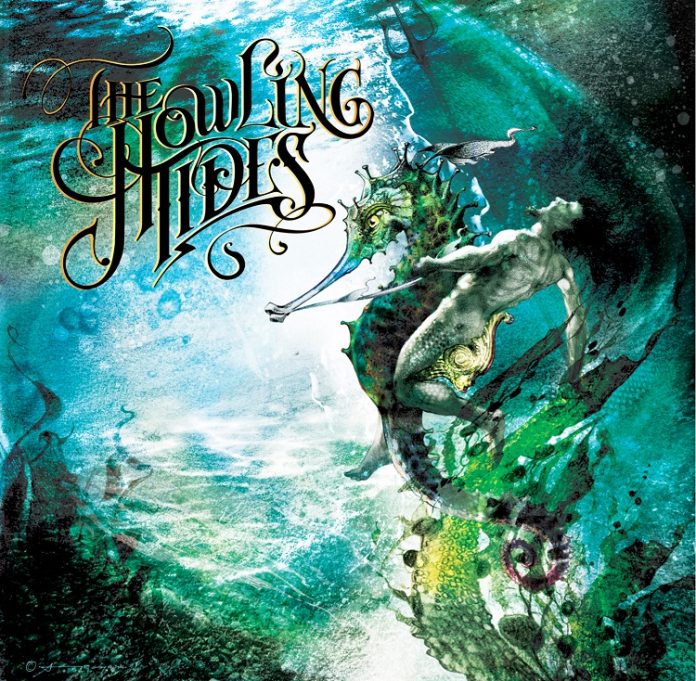 Under their previous guise as Anonymous, The Howling Tides managed to get played on Planet Rock and Kerrang Radio, as well as having enough skill to get them on stages with a host of bands including Dead Daisies.

Now everyone’s going to know their name, because now comes this. A new EP as The Howling Tides – and just for good measure its produced by Aynsley Lister. Lister is one of the finest blues guitar players we have in this country and some of his sound has rubbed off on THT, because their six stringers and vocalists Rob Baynes and Hayden Kirk are in top form throughout.

Huge thick guitar and a great big dirty thump is the order of the day throughout most of this, but especially on opener “Cheap Painkillers” which rocks in a similar way to fellow Midlanders Doomsday Outlaw. The feeling is one of big boys rock n roll, all topped with a knowingly sleazy solo.

“Death By Exile” – aside from being shorter and perhaps a little more swaggering – essentially repeats the dose (and gets linguistic bonus points for including the word “abolition” in a rock song.)

“He Told Me” meanwhile rifles through the pockets of Bad Touch – a band that they’ve supported – and is what The Black Crowes would have sounded like had they been a biker gang. A real highpoint, it is followed by “Crack My Soul” which rattles and rumbles like Orange Goblin might in one of their hard rock moments.

Only five tracks, but that is enough to get you very excited as to their potential, because the last one, “Running Blind” adds a particularly catchy hook and something almost funky into the mix.

Recently I’ve reviewed a few of the new breed of British rock. Allow me to humbly suggest that this mob might be the best of the lot. The tide is in. Get ready for a flood when they really get the wind in their sails.