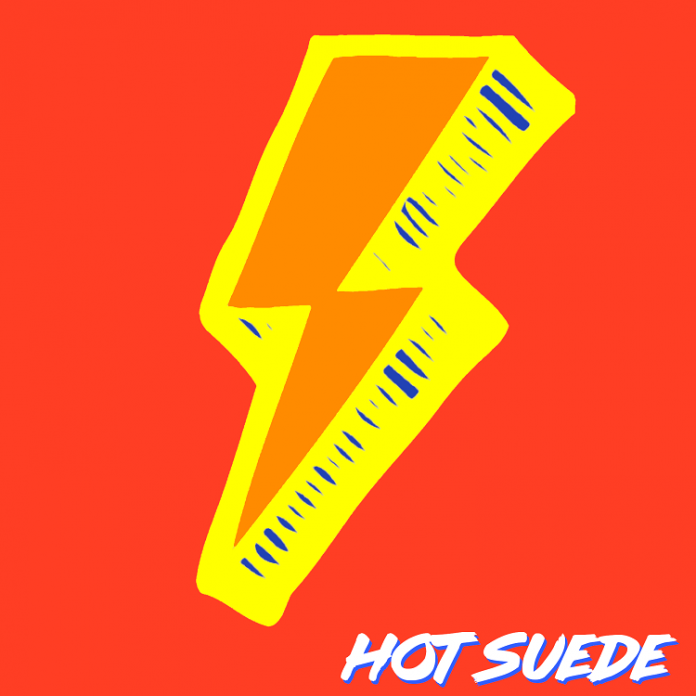 Hot Suede, if me and my mate had seen them on some stage in the UK, would have probably engendered a conversation something like this on the way home.

Me: I really liked them, they were ace

Him: yeah, I am glad I saw them

Him: Well. I am not sure they knew what they wanted to be

Me: yes, and that’s why they were ace!

I’ve always loved bands who’s moudus operandi was to pack as many disparate strands into a record as possible, and that’s what Hot Suede do here.

The caveat to that, in fairness, is this: Hot Suede deal in classic rock – they just deal in a load of different sorts.

Opener “Roll A Bone” is interesting, because my instinct was to say that it wasn’t “classic rock” at all. Rather it recalled Foo Fighters, maybe or QOTSA. Then I realised it was two decades since their first albums, so they’re “classic” in my book.

“The Otherside” has a truly glorious intro. One of the great ones, its guitar sound is incredible, and then the line about “man, I am trying to keep it together, cos the boss is here today, and I wanna be somewhere far away…..” hits and you get it.

This is a band for whom music is an escape. They are like me and you. They want to end the humdrum, the tedious. They probably saw Marah once and formed a band with their brother on the spot (ok that one is just me…..)

Whatever draws them to it, just be glad they are here. “Forget About You” has a kind of glam, spandex 80s thing going on, but that is replaced by a blues, almost psych vibe for “Get What You Came For” – and whatever they were looking to get sounds nefarious in truth.

Look, I am not saying that there’s a trip hop song here but stick your iPod on shuffle and you’d find something new, fresh and interesting each time. “What Me Burn” trawls a kind of The Answer-ish hard rock, “Make It Harder” is more soul-fuelled, while “Splits” has a throb, an urgency that recalls those early Feeder records from way back when.

It continues, on its own sweet way, rummaging through, you suspect, anybody’s record collection it can find on the way. “Tell Me” has something of Enuff Z’Nuff about it (ok, that saves me from likening anything to The Beatles on the site….) and “Occasional Lover” is another left turn altogether. An epic sounding beast, it is a prog freak out, and even here, I wasn’t expecting that. Hot Suede being Hot Suede, though, there’s a funky chorus.

“The Trail” releases the shackles, lets its hair down and has a race around and here, you are left to marvel at the skill of the Kansas based five piece. A band that are clearly fans, playing the music they love. That shines through everywhere you look here.

Like a free compilation CD on Classic Rock magazine. Just all from the same band. Wonderfully unfocussed.