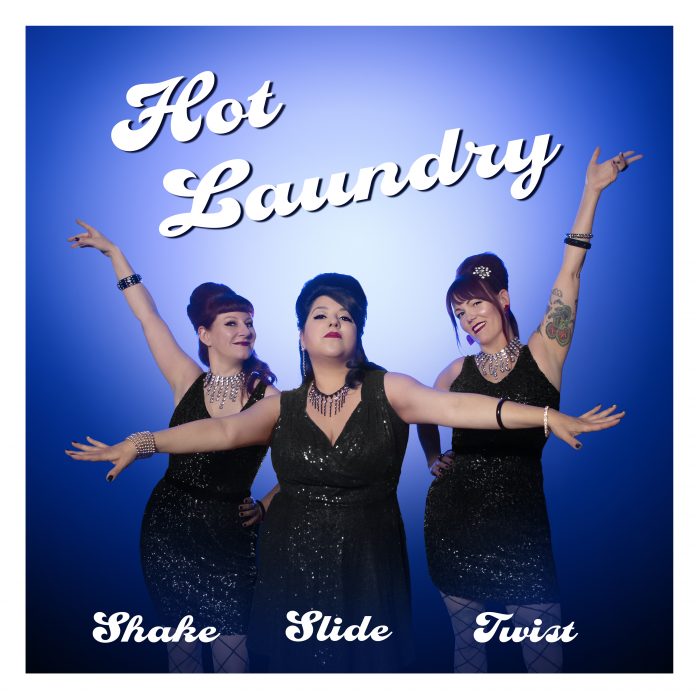 When your band has a motto at the bottom of their email, you’d best live up to it.

So, its like this. I get an email from Grady (no surname, I assume she’s either like Cher or on the run from the law, either is cool…..) and it says she’s in the band Hot Laundry. Coming out of San Francisco, their bass player Neil is also in MV faves Johnny Manak and The Depressives, ok cool.

And over the 12 minutes and four songs on this, they live up to it – and way more.

“Everybody wants to be a bad-ass bitch, you know what I want? I wanna scratch my itch”, sings Janette Lopez, by way of an opening line. And just as you are starting to wonder where’s she’s experiencing irritation, and just what on earth she’s going to alleviate it with, help is at hand: “I want rock n roll!” she offers, with such glee, that you’d best believe she’s rocking.

Look, by the time the solo kicks in (played by my new mate Grady Hord) if you told me there was a glitter cannon firing in the studio as it played, then I’d probably believe you. However, Hot Laundry, promised garage soul, and they deliver it on “What Would I Do” which stomps like the Stones and rhymes “nitty gritty” with “down on itty”, which is all you need to know.

“Satisfied” celebrates the good things in life, and the backing vocals are magnificent, and if throughout, there’s been a bit of a thought that it wouldn’t take much for Hot Laundry to get primal and – if we may – turn into Dirty Laundry pretty quickly, then “Glitter And Gold” is the proof. Like Blues Pills after a night on the town, its just effortlessly cool.

“Slide, Shake, Twist” is enough to get you dancing until the sun comes up, if you’re so inclined. Just remember to change the sheets.