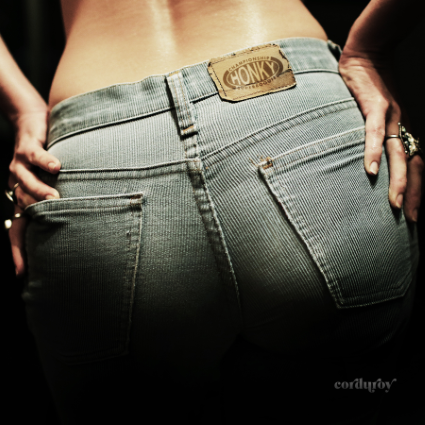 A gem. Pure and simple.

A band from Texas doing southern infused boogie. And with mighty, (and we are talking worthy of a round of applause) beards. And cowboy hats.

Yeah ok,  we know what you are thinking, and no, as much as we’d love it to be Billy and Dusty having a little moonlight, Honky are in fact a power trio who formed in 1996.

Oh, and did we mention, its absolutely brilliant? No? Well, brother, it really really is.

These all-star side projects, often times, can be, not to put too fine a point on it, well….shit. As the band amuse themselves and precisely no one else, not here. Here, instead on the eight proper songs on show (the last one “Mopey Dick” is a drunken acapella mess about) are just about as fine a blusey boogie you are gonna get anywhere this side of “Tush.” Or “Sharp Dressed Men”

The title track – with its thick as molasses grooves – kick us off with a homage to the sound that corduroy jeans make when women walk in them, “Baby Don’t Slow Down” doesn’t half sound like ZZ Top (to the general surprise of no one) but this is no lukewarm pastiche.

“Outta Season” is proof positive of that, adding a horn section if you please, as well as some gloriously dirty soul, and “Bad Stones” has some Skynyrd-esque female vocals from Rae Comeau, billed as the band’s favourite Honkette – its also probably the best thing here, if only because it contains the words: “don’t worry this ain’t loaded/but maybe this one is/but if I shoot you with my left hand I am pretty sure you’ll live.”

The brilliant songs just keep coming, “Ain’t Got The Time” uses a sledgehammer because it can, double fine has a gleeful air about it, and “Snortin’ Whiskey” doesn’t even care about the consequences of its actions and even it was old enough to know better it’d do it anyway.

Brilliantly even the cotton-pickin’ ballad that ends things “I Don’t Care” doesn’t ask for forgiveness, instead takes those that ask for pity to task. It just does it with banjo’s, baby.

There might be better records this year. There won’t be one that’s more fun. Play “Corduroy” and its fair bet you won’t be able to wipe the dirty little grin off your face for days.

Previous article
Featured Band: Blutrină
Next article
The State Of Heavy With Jamey