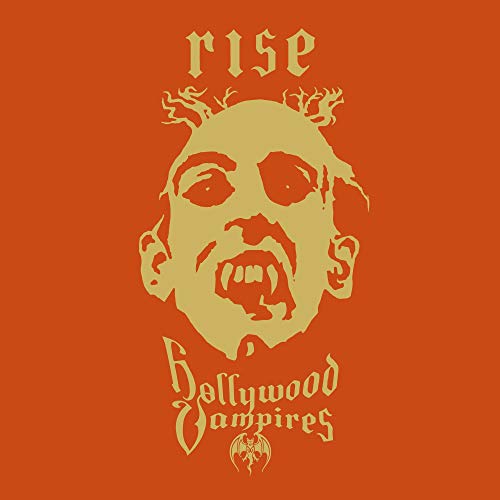 This is the sort of thing that when I say it, no one believes, but it is nonetheless true, I promise.

Celebrities aren’t my strong point. And I don’t just mean the no marks on “Celebrity” Pointless or Mastermind editions that are on at Christmas.

I mean all of them.

Last year, I had a couple of tickets for Hollywood Vampires. All of a sudden, the wife of the bloke that I most often go with was telling him she wanted the other one. The reason? Well, Johnny Depp.

Now, here’s the bit that you probably won’t believe. I knew he was an actor, but I didn’t know, let’s say, what all the fuss was about.

So they came out on stage, after the two supports, and Joe Perry has appeared, then some others, then out walks the greatest showman in rock n roll. Mr. Alice Cooper, and, I turn to my mates wife and I say: “Which one is Johnny Depp, then?”

“Did you not hear the screams”, she says.

My reply, and if ever you needed to understand me, this is how: “Yeah, I thought they were for Alice…….”

So, if we’ve established that I am all about the music, then the other thing to say about “Rise” is it is a very different record to the Hollywood Vampires debut. That one – appropriately for a band that was named after Cooper’s infamous drinking club – was full of odes to dead rockers, this one is (mostly) made up of new stuff.

Some of it is wonderful. “I Want My Now” opens the thing with a vicious send up of 2019 (complete with the glorious put down of “I want a golden selfie stick”) or “Who’s Laughing Now” with its ominous bass groove and hook that is more like Sisters Of Mercy than you would think.

Some of it is very good. In Rolling Stone Mr. Furnier said that this time around, on this collection, he hadn’t “Aliced it up” and left the ideas of the song intact, that all being said “The Boogieman Surprise” comes like Cooper covering a Rob Zombie tune, and “New Threat” is glam stomper that offers “there’s no time left to mourn, the pain of being born”.

Some of it is absolutely compelling. “Git From Round Me” has a real metal chug, “Mr Spider” is a ballad of rare scariness and the closing “Congratulations” is not what you’d expect at all. Who-ish acoustics with a narration, it is a magnificent piece of poetry.

Some of it is a bit “meh” as the kids would say. “Welcome to Bushwhackers”, an ode to drinking, partying, violence and defiance over a bluesy riff played by Jeff Beck – who surely could have put his talents to better use.

And – in the case of one at least. It’s just terrible. If Alice stood for President, then that’d be ace, but “We Gotta Rise” which amounts to his party political broadcast, is “Vindaloo” by Fat Les rewritten, but with less wit.

This time around there’s three covers. And a bit like the album itself, they’re a mixed bag. One, “Heroes” sung by Depp, is ok but sounds like karaoke Bowie, one Johnny Thunders’ “You Can’t Put Your Arms Around A Memory” – done by Perry, is excellent, rivalling Duff McKagan’s take from years back. The other Jim Carroll Band’s “People Who Died” is my personal favourite punk song of all time, and they all do it justice here.

Add to that the rather baffling instrumental interludes and “Rise” is a long record – too long in honesty. If this was a ten-song thing, you could have hailed it as exceptional, as it is you have to say it’s good, but could have been better. Credit to them for being more a real band this time, though. And when its on form, this is superb.