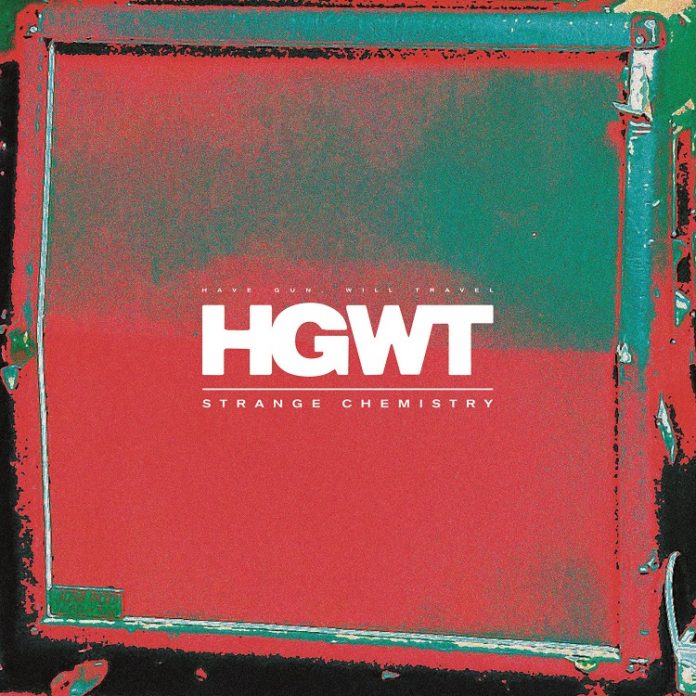 About 15 years ago me and my brother found ourselves in a place called Mansfield one Saturday night. We are, after all, hip and happening.

As luck would have it, I noticed that a few miles down the road, a band we loved called Marah were playing. We went and what happened that night was so good that me and my brother – both of whom have no discernible talents for anything much – decided we were going to form a rock n roll band. I think he wanted to drive the van, basically. We were gonna be rock n roll stars.

We were for about an hour – that’s as long as it took us to get home.

I always like to think that bands with brothers in (Marah being one, which is where all the nonsense started if I recall) have some similar derivation. Have Gun Will Travel are another with siblings amongst their ranks.

There’s a key difference though. Matt Burke and his brother Daniel – together with their bandmates guitarist Scott Anderson, drummer JP Beaubien, and keyboardist Edward Stork – have the talent we did not, and the…..urmmm….chemistry, to make “Strange Chemistry” a fabulous journey.

HGWT draw comparison with Tom Petty and that’s fair enough up to a point. There is a similar feel of heartland USA in these, but then, “Blood On The Stage” is merely a masterclass in songwriting, wherever you are in the world. “I was born with an empty space to fill….” Sings Matt on the second verse, “if the drinking don’t kill me, the anxiety will” and its touches like that that mark this out as something special.

“Against The Grain” is hewn from the rock and dust of the dirt road, but it also sounds like it has a touch of sunlight about it too. And the keyboard work here is something that you don’t get in many records like this one.

“Infinite Traveller” (first line: “it started with a choir of angels and ended with a murder of crows”) has a real dollop of the brilliant Dave Hause about it, and there is a kind of urgency in “Tidal Wave” that suggests college radio rather than Americana. “Mystery Of Mine” in many ways walks the line between these two things, and there’s a confusion, a sadness in widescreen. And it does have a cinematic quality about it.

“American History” is rock n roll from the likes of Gaslight Anthem, with a horn section from Southside Johnny. It may well be the best thing here. At least it is this time, it keeps changing. That’s how good this is.

It all depends on mood, you see. “Any Place But Here” was the favourite about 1.30am the other morning, when you just want to be asleep and anywhere else. “We can watch the sun come up any place but here” goes its hook and that’s good enough, never mind that it has the air of the wonderful Gin Blossoms records of the mid-90s.

There is a sort of unsettling tinge to “Justified”, before the music opens into a country shuffle as the character is unrepentant, while “Born In The 70s” will strike a chord with anyone that was. Like me. “The future’s been a long time coming” and if you feel a little lost, then you aren’t alone. Plus, as a bonus, the chorus here is an absolute knockout.

“The Dark And The Light” is an interesting end. “In the blink of an eye, so many years have gone by and I am not really sure where they went” is proof, if it were still needed of the lyrical ability, but the pulsing drums and haunting lap steel take this somewhere where the rest do not go.

Occasionally a record comes out from a band that you’ve never heard of and you think: “Why aren’t they stars?” “Strange Chemistry” is that album. Have Gun Will Travel’s first in four years is far from an experiment, instead sounding like it is hitting its targets with precision.