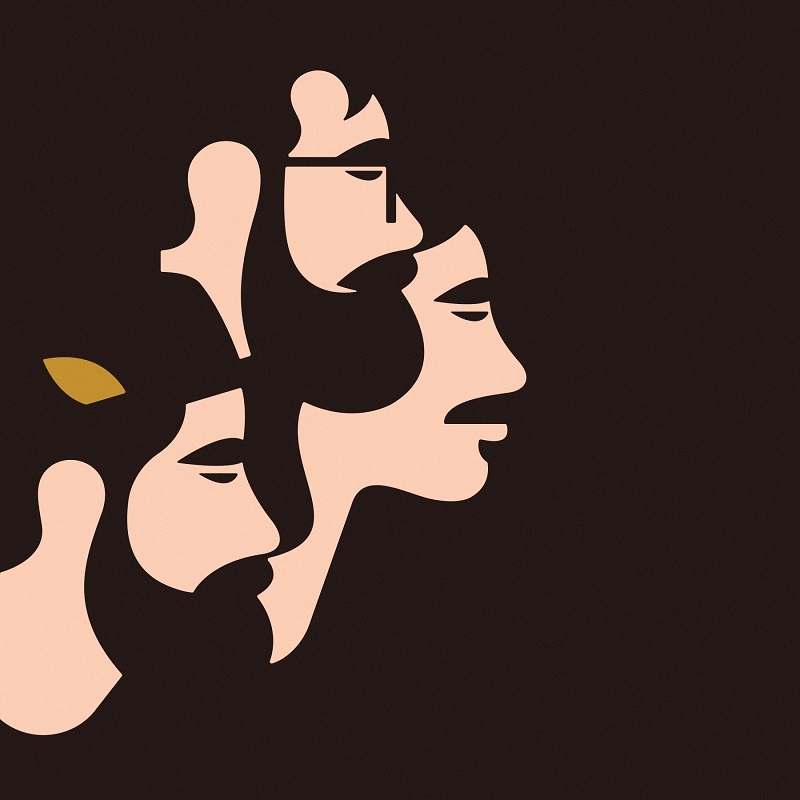 Martin Harley, the Englishman in this here trio (and whom, if you haven’t seen him play you really should) has a quote in the press material for this, that I kept coming back to again and again while listening to the 12 songs that comprise the self-titled record that he made with US natives, Daniel Kimbro and Sam Lewis: “The album never really had a mould into which it needed to fit, therefore it’s been a safe home for new and exciting ideas.”

If I may paraphrase, Harley Kimbro Lewis is without doubt the quirkiest little piece of Americana you’ll hear this year, but at the same time, it sounds so timeless that you can pick out any of the greats from Townes Van Zandt, to the earliest blues players, to the 1950s country singers that I used to hear at my gran’s every weekend as a little lad – the ones I never really paid attention to, but somehow slipped into my subconscious – and you would be hearing something they could have done.

This is sensational (and I know that’s the type of thing that normal reviewers leave to the end, but this doesn’t deserve cliche) right from the opening “Grey Man”. What is interesting about it, though, is less the music (that’s as well picked out as you’d expect, by the way) but the lyrics. As if they were liberated by the freedom this project obviously gave them, they find a different perspective. “…Man” looks back on a life that has been wasted, the fantastic single “Neighbors” reasons that those next door have “great pot”, but there’s a line in the second verse that nails suburbia. “My favourite neighbours live down the street I see them every other day/ If we lived any closer to one another we’d run out of things to say” and lets be honest, if you can’t relate you’re a liar. In the lockdown a couple of years ago me and my dad were looking out of the window each evening at a fella who was walking his dogs. It was only this year that I realised he lived two doors down.

If Lewis takes the first of the vocals, then “Creeping Charlie” a wonderful metaphor for a love gone bad, sees Kimbro opining “that I want to commit herbicide”. Harley’s turn at the mic is first taken on the superb “Cowboys In Hawaii”. It could – and should actually – have been on one of those Elvis films in the 1960s.

“Good Guy” sees Kimbro singing about the sort of petty criminal who lurks in every boozer in every city, “Rosary” is beautiful, and one of the most straight-ahead songs here, while “Who’s Hungry” is back to the more left field stuff. It’s also one of the most blues infused on the record, with the Resonator Guitar particularly impressive.

“I Gotta Chair” is surely the best example of what this record has to offer. John Prine would be proud of the feel, the lyrics are unlike anything else and there’s a lead break that doesn’t half sound like “This Little Piggy Went To Market”.

What this album does so well, is take the small things and shine a light on them. “Tokyo” is a sparse love song, but so originally done – the Double Bass from DK here is spectacular – that it is irresistible. Likewise, you can only imagine what led Harley to sing “whiskey decisions and smoking in bed/Come back to haunt you in this world or the next” but you can bet he means it.

These are musicians who live at as much as they love it, and “What To Do” will strike a chord with anyone who uses music as a diary with which to vicariously live their lives, while if the last one “Man Get A Hold Of Yourself” sounds as jaunty as a summer weekend, then the words are anything but. It’s also the only one where a fourth member is used, with Joe V. McMahan adding the rhythm guitar that pulses along with the harmonies.

An album that is many things can perhaps best be described as “lovely”, because it sounds like a labour of love with such warmth. Indeed, Harley said that “If the commercial success of an album directly related to how much fun it was to make, we’d all be retiring to the Caribbean next year.”

If I might respectfully disagree, that is the first thing on the record that isn’t from the heart. You can’t listen to “Harley, Kimbro Lewis” and think Martin Harley, Daniel Kimbro or Sam Lewis would retire. Music means too much to them.