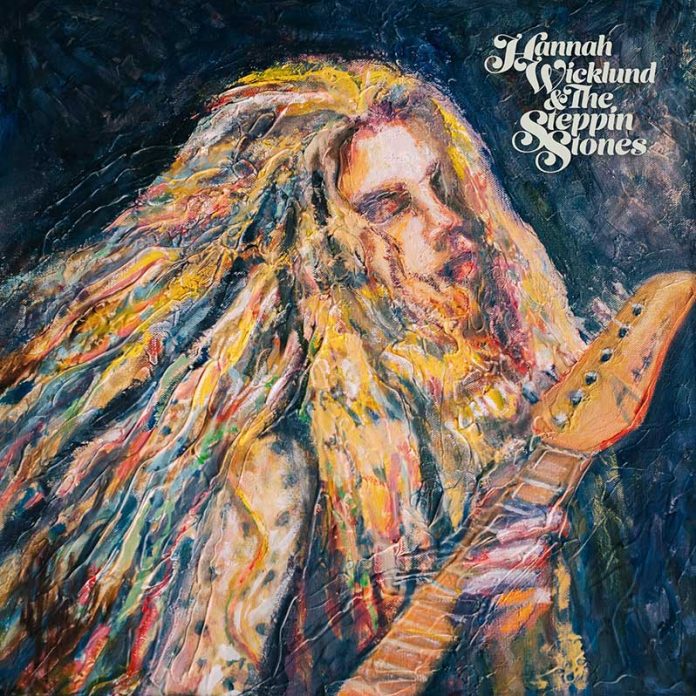 I have always been kinda envious of driven people, though. Not being one. The sort of person for whom the phrase “that’ll do” is never in the lexicon. Those who attack the day with the same vigour that I reserve for my lunchtime Costa.

It is not going out on much of a limb, here, I am guessing to suggest that Hannah Wicklund is not like me. Just 22 years old, the South Carolinian-born singer and guitarist is on her third record. Oh, and just for good measure she formed the band when she was eight years old.

It is absolutely clear from the off, actually, that Wicklund is a rare and brilliant talent. “Bomb Through The Breeze” is one of those ones that doesn’t do preamble. It starts with something like a primal roar over a bluesy bed, and by the time the chorus hits – less than 30 seconds later – it has revealed both itself and Wicklund as being pretty special.

This is blues, but blues with the lines blurred. Because whatever it is, call it the impetuousness of youth if you like, although it is more likely that we are dealing with a maverick here, HW &TSS aren’t messing about with rules.

“Ghost” is more soulful, but its hook “I believe in voodoo, do you?” is pure pop and will get stuck in your head for days, and if the lyrics here frequently rely on superb imagery to make their point, then the southern rock infused “Looking Glass” is positively poetic in its assertion that “We all get our point of view, from the looking glass we look through, but your lens is cracked”.

“Mama Said” is more from the middle of the road, but the guitar work here is fantastically nuanced, and everyone involved has an ear for a pop song.

That said, everything is built, essentially around Wicklund’s brilliant voice. “On The Road” does a classic rock thing – but then so do a lot of things – what most of them don’t have is Wicklund herself.

The pummelling drums add some urgency to “Crushin’” which in common with many of these ten songs has some pretty harrowing words. That you don’t notice is testament, really to the fact that there is so much class here that you are bombarded in other ways.

“Strawberry Moon”, a more stripped-down thing, is a real highlight. Americana bands would kill for this, but it is followed by “Close To You”. Not just the most rock n roll thing this offers (hand claps and all) it seems to sum the independence of the artist up. It’s got sex on its mind, that’s fine, but wants it on her terms. “When you said you wanted to be my muse” it notes acerbically, “could you tell that I was not amused……?” And without wanting to delve too deeply into the psyche, I am prepared to bet that this one is autobiographical.

“Meet You Again” deals with longing beyond the years, and its does so with a Celtic flavour and more in expressive widescreen, and when this truly superb record ends on a more gentle, almost folky note, with “Shadow Boxes And Porcelain Faces” that only proves just Hannah Wicklund And The Steppin’ Stones” could be anything they want moving forward.

Usually, writing these things, you try and come up with comparisons as a signpost to the sound. I have purposely avoided that here. The usual names you’d use wouldn’t necessarily do it justice. Except for this one. Bruce Springsteen. His third album was a breakout one. It came out in the year I was born as it happens. If there’s any justice 44 years on, Hannah Wicklund has produced something more than a Steppin’ Stone here – and she is born to run.

Previous article
BAND OF THE DAY: METALITE
Next article
BURNT OUT, DEAD OR ALIVE