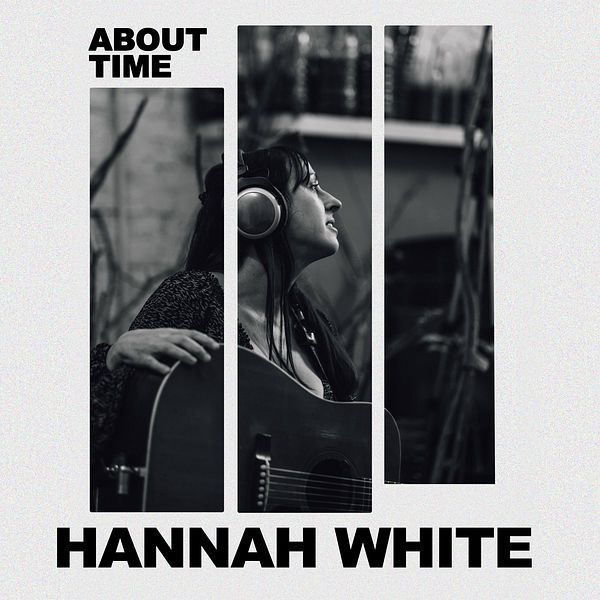 `About Time` is the follow up to London-based singer-songwriter Hannah White`s 2020 album Hannah White and the Nordic Connections. The lyrical inspiration comes from deep within this singer-songwriter who has escaped domestic abuse and homelessness with her young son. The new album contains ten original White compositions and she is augmented by her guitarist husband Keiron Marshall, Nordic Connections member Lars Hammersland, on piano and Hammond organ, Svein Henning Berstad on bass and Luca Wade on drums.

The album opens with ‘You Don’t Want Me Anymore’ with a serene organ and drum beat with vocals where you can almost feel the pain shared. There are some quite lonesome guitar riffs that add a real poignancy to this tale of unrequited love. We have another heartbreaker with `It Will Be Alright` with an organ sound that almost gives it a religious or at the very least a spiritual feel. The sound and texture grow as the number progresses nigh on in line with the encouraging sentiment shared.

`Bluest Eyes` has a slight dance nearly Latin feel about it although it tells a sorry tale of deception and abuse. There`s a longing for childhood times when all was well with the world on ‘Broken Bird’ which was a country tinged heartbreaker that to me had a slight gospel like chorus.

‘Car Crash’ is a harrowing tale of the singer`s struggle with the authorities with regards to being homeless and her fight to keep her young son. It`s a difficult listen and the organ undertone with distantly muted drum beat and occasional guitar twang add to the overall sense of anxiety. We have a mid-paced slice of Americana with `The Good Stuff ` which would stand up with any numbers that come from the leading ladies of country music.

`Daddy`s Gonna Make Me A Star` is a light hearted, tongue in cheek, almost honky-tonk piano based submission and despite it`s good humour, Hannah`s voice shines brightly. There was a kind of ethereal beauty to ‘Heavy Light’ with its brushed drum and quietly shared harmonies. The vocals felt like they were wrapping themselves around you, delightful.

`Don’t Make Love Too Easy` is one of those songs where you could hear a pin drop as you listen to it as it draws your complete attention and becomes quite spellbinding. This release closes out with `Fourteen Years` which is a real slow burn. A sort of ballad that refers to the middle eastern crisis but that`s maybe a metaphor for a crisis that`s much closer to home with a personal relationship / romance.

`About Time` is a difficult listen at times due to the honesty shared in its lyrical content but if you invest some time to listen, it will richly reward you.

I`m sure if Hannah was from Sutton, West Virginia and not Sutton, South London she`d be a much bigger star. Enjoy this artist while you can as if there is any justice in this world she`s meant for bigger and brighter times.