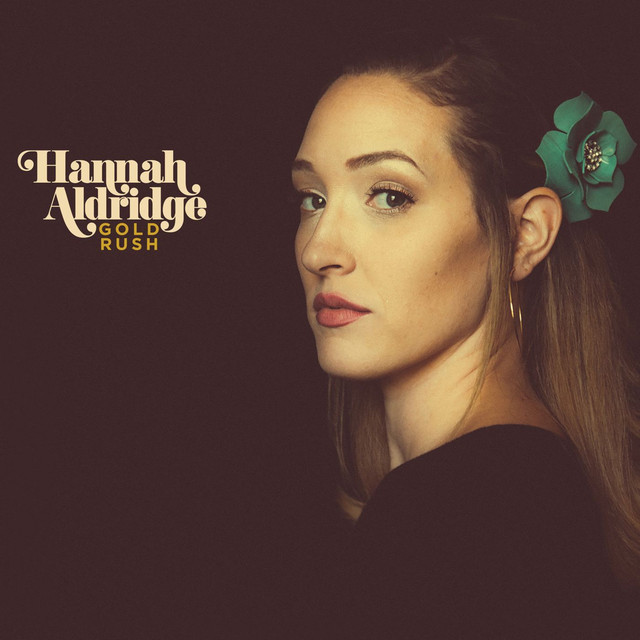 An appetite for self-destruction, anyone?

It is strange how the truly great songwriters find so many different ways to go about their craft. Bruce Springsteen, for example writes deliberately ambiguous work about the everyman “Johnny 99”, say. Bob Dylan, might find the poetry in everything, but you never truly, really know where the character ends and the autobiographical stuff begins.

Then there are others that you feel you know through their lyrics. Songs so cathartic, so raw, so honest that the listener feels a bond with the artist.

To that end, MV has never met Hannah Aldridge. She’s a native of Muscle Shoals – home of the legendary studio – in America’s deep south, but one listen to “Gold Rush” and you’ll feel like you are reading her diaries.

This quite brilliant collection sets its stall out in the first 30 seconds. Some brooding, Blue Collar American rock, which owes something of a debt to Steve Earle, and the first line “I was born in the crossfire….” From here Aldridge lays bare (literally in the case of the phenomenally sexual “Lace” who’s chorus urges her man to “kiss me like you own me, and hold me like a heathen”) her appetite for self-destruction in a quite superb way.

“Dark Hearted Woman” lurks in all kinds of shadowy spots and comes kicking with a jazzy, blues feel, the album highlight “Burning Down Birmingham” is another that ushers itself in with a memorable opening couplet, this one offers that she’s “four whiskeys into a bag of Lucky Strikes, I’ll take my heartache with a little bit of ice” but also has a anthemic side that suggests the words huge and hit won’t be far behind.

Aldridge and the team of writers that she’s worked with on her second record, have created an album with all kinds of light and shade, “The Irony Of Love” even manages to make her sound fragile, when for the most part here she is anything but.

“Shouldn’t Hurt So Bad” could have come off Springsteen’s “The River”, while the stamp of The Stones is all over the loose-limbed guitar of “No Heart Left Behind”, a track that is for the stoic and sung – you imagine – through gritted teeth.

On some of the longer ones – “Living On Lonely” perhaps the best example – there is a real room to breathe and Aldridge’s fine deep vocals are to the fore, but mostly this is rock n roll from the heartland.

“I Know Too Much” is maybe the cornerstone of “Gold Rush”.  A selection of the lines in it tell you that. “I’m way too old to be alone,” she sings in the first verse, “but I am way too young to die”, by the second verse she’s saying “I don’t need another reason to hate myself, I don’t need another bad tattoo” and before the end she’s concluded that “It’s a dangerous place for a girl like me” and in so doing encapsulates the journey through the record perfectly.

Ending with the title track is another clever move. The most “country” if you will, with its mournful Lap Steel” it’s another with a marvellous turn of phrase. “I don’t know if this is living” is it’s almost whispered line “or slow-motion suicide”.

Anyone who feels like that has found their favourite album of the year. But then so good is “Gold Rush” that anyone who just loves great music and wonderful songwriting has probably found theirs too.

Previous article
Men On An Omission
Next article
Slay Bells