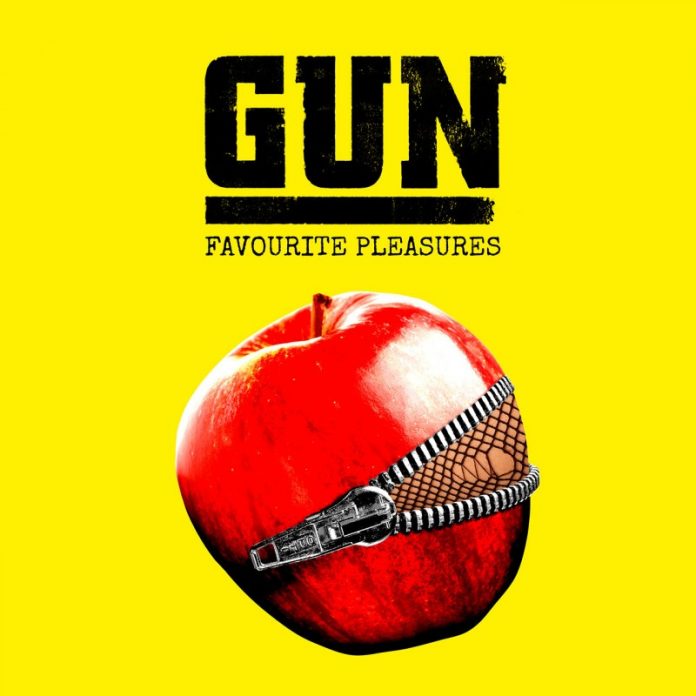 Dante and the boys are back. In every sense

Although you hate to harp on about the past, sometimes there’s no choice.

Take Gun for example. In the late 80s they emerged with a record called Takin’ On The Wold” which put them squarely amongst the best that British Rock had at the time. That was a golden period as well. Thunder, The Almighty, Little Angels and The Quireboys were all around, but such was the quality of the songs on the album.

Real, genuine mainstream success followed too. The cover of “Word Up” appeared on the “Swagger” record (which as an aside contains one of the greatest hard rock songs ever written by a British band in “Don’t Say It’s Over”) then it all kinda ground to a halt.

There were a couple of patchy albums then the inevitable break-up and reformation. Their output since they came back hasn’t quite matched up with their early material. Largely, perhaps because they weren’t ever quite sure what they wanted to be.

Gun were always proud of the “pop” in their pop rock but the “Popkiller” mini-album, which featured Toby Jepson on lead vocals, was, well, a little too poppy, a trap that the most recent “Frantic” record also fell in to.

Now, though, with “Favourite Pleasures” they are back – and brother, they sound like Gun again.

“She Knows” punches you in the face by way of a hello, and in so doing sounds more urgent and effervescent than anything they’ve managed in years. “Here’s Where I Am” is as an unashamed a glam rock stomper as you can get and is surely made for the live arena, and if there’s a bit of a funkiness to the cheeky title track, then consider this, it’s the happiest song about S&M you’ll find anywhere.

If those are the first three out of the way and all so far so good then, there is always the worry about whether it can be sustained over a full album. No such concerns here as “Take Me Down” sees Jools Gizzi cut loose on a solo that could have come straight from the 80s as if to say “yeah, its all good this time.”

There is little doubt that the presence of new guitarist Tommy Gentry has breathed new life into the band – put simply they haven’t sounded as gleeful as they do on “Silent Lovers” in years. And if “Black Heart” with its strident groove is a little heavier, then it is still brilliantly well placed.

“Without You In My Life” is mid-paced but builds itself up nicely – never turning into the huge ballad you almost expected. It’s not that kind of album. “Tragic Heroes” is a real highlight too, capturing the essence of what we might call the mid-paced Gun sound, and the line about “don’t trust a man who says he’ll make you rich, before you know it, you’ll have nothing to show for it…” just might be more heartfelt than most.

An album that is full of three-minute rock songs has one that literally is. “Go To Hell” is 180 seconds of an angry screecher of a thing that shows the fire still burns, but oddly amongst all the bluster it is the piano based closer that really re-affirms just how good they are here.

“Boy Who Fooled The World” reveals a more personal side to the band than you might expect and casts frontman Dante Gizzi as a kid listening to the radio on a Friday night and it will strike a chord with anyone who sat there with their “fingers on play and record…listening for the next big thing.”

MV knows the feeling. That’s what I did. And one of the bands I discovered on the Friday Rock Show late one teenage night under the covers with a radio my gran had bought me was Gun.

An album that wants to be catchy and have big old hooks you could hang things on, “Favourite Pleasures” is exactly what you want from Gun. As a result, arguably for the first time in 23 years we’ve got a great Gun album.