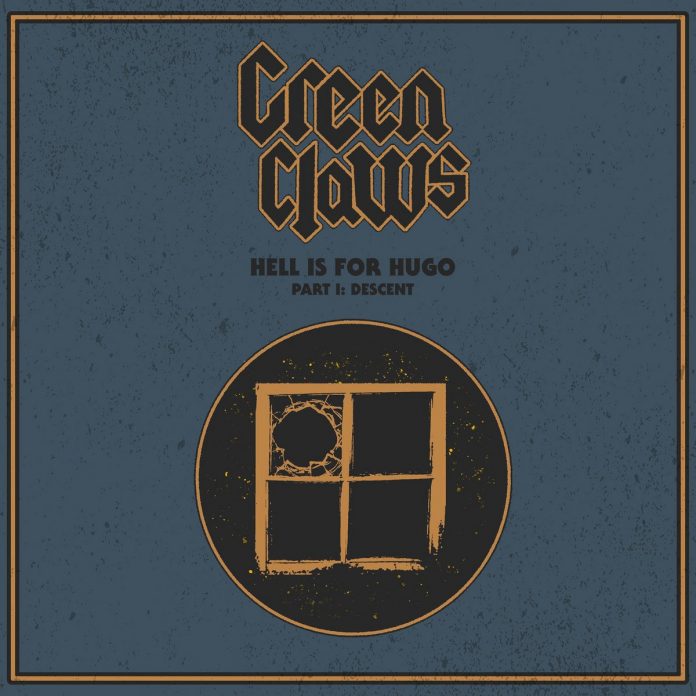 I assume we can all agree the phrase “gentle comedy” is the most chilling in the world?

I am not saying a concept album based on Dante’s “Divine Comedy” is as heinous a thought, but it wouldn’t be a long way off. Especially when its planned as a “series” of EP’s.

Which brings us to Green Claws.

Green Claws (as well as being a children’s programme rather beloved by my younger brother growing up) is a project of George Purves, who set out to – and I quote here from Bandcamp – create something “Set in the fictional town of Midway during Halloween, it tells the story of Hugo, a mischievous young trick-or-treater, who gets lost while running from the police and ends up accidentally following a group of demons into Hell.”

Now, I can’t lie to George here. I am a philistine. I don’t like musicals, I don’t care for concept records and – I know this makes me seem really thick – I’ve not only never read “Inferno”, I have very little idea where the plot of the songs ends and the poem starts.

I also like being proved wrong and let me tell you, “Descent” is ace.

Now, to be truthful, its ace on my scale of reviewing concept albums, which goes thus: “yeah, forget your story, how are the songs.” And here, Claws digs in, because these four are belters.

Everything is played by GC, right from the Maiden-esque gallop and synth intro of “The Brick”, which is much fun, proper metal, it is the heaviest thing on offer.

There is something kind of dirty, and groove filled about “Calling All Demons”. Appropriately it lurks in the shadows too, and the lyrics, the melodies are clever. And catchy, goodness me, Purves knows how to write something that sticks with you.

It’s fun too. “Lucifer Hotel”, with its full on prog keyboard breakdown (think Jordan Rudess) would be the best thing here anyway, even before the pop chorus that Puppy would do and even better is this. To those who, check in as it were: “Welcome everybody, don’t forget to take your keys/in your room you’ll find a copy of the Hellagraph to read/There’s a disco on this evening, DJ Crimson’s on the decks/at the Lucifer Hotel we’ll prepare you for what comes next”. Hats off. That rules.

As does “Stolen By A Demon”. In which a girl called Emily gets sent to hell too. Over a tune that has a bit of Dinosaur Pile Up about it. Ok George, you’ve won me over. Send me the next one. Like Gangs Of London, I want to know what happens next.

“Hell Is For Hugo” is off to a superb start. And on that bombshell. Gentle comedy is still crap though, right?