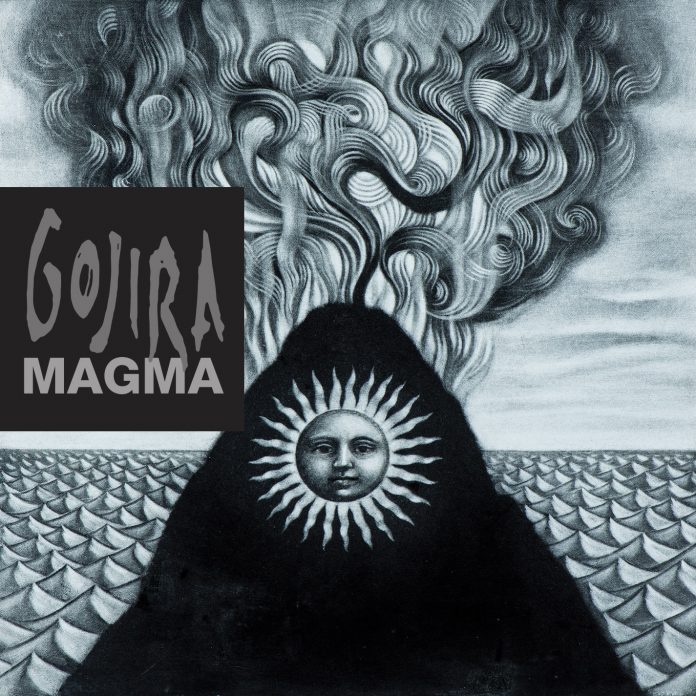 French masters of metal change direction to produce their most diverse and impressive album to date.

There aren’t many bands around these days that appear to get better with every album they release.  France’s finest purveyors of all things metal are one of the exceptions.  The band formed twenty years ago in their hometown of Bayonne, in the south west of France, have been on an upward trajectory since their debut album hit the shelves in 2001.

The band have been consistently mentioned as one of the potential festival headliners over the past five or six years, after bands like Iron Maiden, Metallica, AC/DC etc have called it a day, but as yet the brilliance of their music has not transferred into full blown appeal amongst the metal masses.  Magma may potentially be the album to change all that.

During the creative process for this album the Duplantier brothers tragically lost their beloved mother.  Grief can be channelled in many ways both positive and negative.  Without wishing to make any assumptions one listen to the album will leave the listener with the impression that they have used the love and inspiration their mother provided to help guide them towards an open and expressive future that relies a little less on the extremities of sound but increases depth, power and intensity.

“The Shooting Star” is the opening statement.  In terms of style it’s in the Mastodon mould of heavy sludge riffs that progressively pound away whilst a personal and emotive refrain that slowly builds in its vigour which dominates the feel of the track.  It’s an immediate indication of the path that Magma is going to take. This is Gojira but not necessarily as you know them. This is two steps outside the comfort zone and the sound of the band that is evolving and unafraid to see where the journey takes them.

Now that the listener knows they are in for something different the mind can be freed and those steps into the unknown can begin to walk the untrodden path.  “Silvera” comes on like a sledgehammer and quickly reminds us of which band we are dealing with.  It contains some familiar Gojira signature sounds but revels in the snaking nature and twists which run through the track either side of the immense choruses.

“Yellow Stone” is an 80 second Black Sabbath interlude that sounds like Geezer Butler forgot to put on Master of Reality back in 1971.  Whilst too short to make any great impact it does give bassist Jean-Michel Labadie chance to flex his fretboard muscles and leads very nicely into the title track.

Placed slap bang in the centre of the album “Magma” could be seen as the band most progressive track on the album.  Lyrics like “the poison slowly spread through the body and the mind, close your eyes and drop your things, be ready to fly” only serve to heighten the senses and allows the words to follow the musical path rather than be led them.

The thunderous riffage that has become a powerful and key part of the Gojira sound is still very much in evidence, as tracks like like “Low Lands” and “Pray” are driven by the Joe Duplantier/Christian Andreu partnership that is only getting tighter and more in-sync with every passing year.

Album closer “Liberation” is a slow acoustic instrumental number backed by the background rhythmic beats of Mario Duplantier that is a fitting and emotional end to an unpredictable and fascinating album.

Progressive metal heroes Mastodon had their change of direction with the career-defining Crack The Skye, an album that easily sits amongst the greatest albums of all time.  Gojira may well be approaching a similar crossroads.  They have chosen a new direction but kept true to their history and musical integrity.  This is a truly exciting time for the French band and they have made a simply stunning album that is as challenging, brutal and creative as anything the genre has come up with in many, many years.