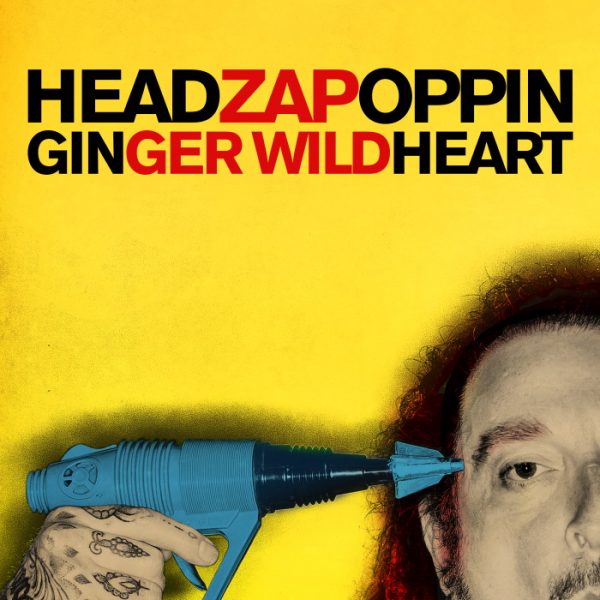 “Sobriety, it’s killing me, its fucking me up. Oh, reality, you’ll be my killer.

That’s the opening chorus on “Headzapoppin’” (from the track “Meet My Killer”) and the real skill of this is two-fold. First, it is truly incredible how Ginger Wildheart does this stuff and makes it so accessible. And second, put it like this: if you listened to the new Bob Dylan record, say and wondered where fiction ends and fact starts, then that’s not the case here. It never is, where Wildheart is involved, but any fan of the man or his many bands knows his struggles (and many of us have been helped through our own best and worst times by his songs).

As is evidenced by the title, perhaps, this is basically a collection of tunes that seems on one hand to have randomly cropped up, but then on the other, there’s a coherence here. The first riff of “….Killer” could only be from his guitar, the way the two minute pop song “Boxes” uses language, could only be from his pen.

“Catch That Stranger” recalls “Fishing For Luckies” era The Wildhearts by having scant regard for conventional structures, but it sounds incredible, then you might have to be a fan to understand, but there’s a feel of being in on it anyway.

“Yorvik (My Hood)” is such a happy thing that it might be the best of the lot, and again that I know its about Ginger’s living situation is indicative of the openness with which he deals with his issues and his life.

“As Theodos Spoke” veers from harsh industrial stuff to something heavy, that this is followed with “Love Is” which is one of his rare ballads, underlines the fact that this bounces around. If “Saturday Matinee” (“nothing too complicated, just wanna feel close to someone”) had been released by some Manc indie band who wanted to be The Beatles then it’s a mega hit, while “The Answer Is Yes” proves it is just ingrained in the man to be able to pluck a glorious melody out of something. And “Pound Coins And Kitchen Roll” is one of the neo-folk songs he does, and does so incredibly well.

Another of the highlights is “Zap”. If you remember the Wildhearts b-sides around the time of “Stormy In The North” then you are in the right place, as he navigates his own mental issues over the catchiest chorus of the year.

“Good Times Are In The Mail” is ostensibly like nothing else here – but then they are all kind of distinct – yet it is woven with all the golden threads: “Someday the imperfect will inherit the earth” he offers over a keyboard riff.

And it all ends with “Little Old Wine Drinker Me”. Equal parts Status Quo, Hank Williams and Jason Ringenberg, 10 years ago or so he released a single a month to his fan club, and they were full of brilliance like this. With knowing nods to his life and his own work “the music takes me back to NW3”, for example – and he knows that some will get it and some won’t.

That, I suppose, in a different context, has always been the case with his solo projects rather than his band stuff. “Headzapoppin’” originally came out last year. Goodness knows how I missed this fact. Wrapped up in doing the website, I suppose, whatever. I am late to the party, and I apologise to him. I don’t and never will hide the fact the Wildhearts are my favourite band, and I shouldn’t be missing this either. It needed reviewing though, because it needed saying, that it is a magnificent record. Right up there with “555%” as the best of Ginger’s solo output. It Is more like The Wildhearts than most of them, but this wouldn’t be a Wildhearts album. This is very much a Ginger Wildheart statement, however.

If reality is the killer then maybe these songs are the saviour. I don’t know, but I do know they are superb.