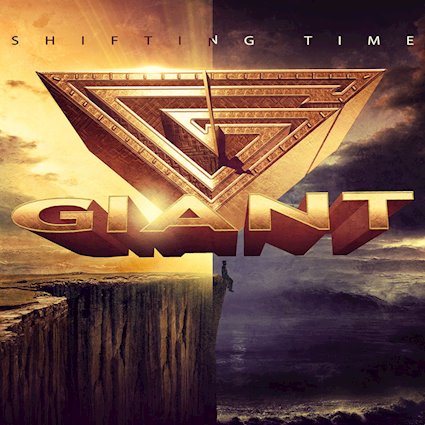 It’s hard to overstate the importance of music magazines to us as we forged our tastes. Every Wednesday we’d get Kerrang! And every other week we’d add Raw to the mix. We had our favourite reviewers. We knew that if Paul Elliott or Ray Zell, Malcolm Dome (RIP), Mick Wall – a little later you could add Dave Ling and Morat to that – liked something, then we probably would too.

Many’s the time we didn’t even listen to things before we bought them on their say-so. One of these was Giant’s second “Time To Burn” record. Oddly I always thought it was the first, which shows what I know.

It emerge in 1991. Grunge was kicking off, but to us, the rock obsessed kids, that were 16 and didn’t hate our parents or want to be “entertained”, grunge didn’t matter. Giant’s album is a benchmark or if you want – to use a word that is only ever used in reviews – seminal. Along with FM they were the kings of melodic rock in my book “Shifting Time” proves beyond all doubt that they still are, basically.

And yeah, time shifts and band members change  – David Huff and Mike Brignardello are the only founder members on this – but you can’t take the class away. A bit like the footballer who might have seen better days but who’s first five yards are in the head, Giant still have the sound.

Look, everyone knows the drill, lets be honest. She’s either gone and he wants her back, or he’s thrilled she’s here, but no one ever brought records like this for the originality. Leave that to Frank Zappa, Giant are shaking hands with the Devil on the road to paradise (which they cheerfully rhyme with ‘cold as ice’” on “Let Our Love Win” and stadiums around the world are shaking.

Original chap Dann Huff (now a producer to the world) is back to have a go at guitar on the brilliant “Never Die Young” – the type of thing Hardline do with such aplomb (their Alessandro Del Vecchio is a songwriter on this album too) and “Don’t Say A Word” chugs along like the last four decades haven’t bothered it one iota.

A word too for the guitarist, John Roth (Winger) who, no matter what the song is, a ballad, or one of the more strident ones like “My Breath Away”, is never less than stellar. If this type of music has always lived and died with its musicians, then this one is in rude health.

Lets be in no doubt whatsoever, though, that this records start turn is Kent Hilli. His band Perfect Plan covered a Giant tune a couple of years back and he got the gig. Thing is, whether its on the blues tinged “Highway Of Love” or one of the big old tear jerkers like “It’s Not Over” (a word of advice, lads, it probably is, I am speaking from experience) or “Anna Lee” which is basically a colossus of the power ballad genre, the boy is born to do this. A bit like Steve Overland, there’s no way he could have done anything else.

Big, chunky, sex filled grooves have always been the go. “Standing Tall” makes Def Leppard’s “Let’s Get Rocked” look like a lot of fuss about nothing, or there’s one that sounds like it could have been on Bon Jovi’s second record, “Don’t Wanna Lose You”, or there’s an epic sounding one, “I Walk Alone” which is just a heartbeat away from being a Battle Beast track, but you know what? It doesn’t matter where this takes itself, because they are top class.

“Shifting Time” is their first album for a decade, and whilst we shouldn’t perhaps pretend there’s millions of people waiting with baited breath for it, we should acknowledge arguably the masters of this type of thing being at the very top of their game.