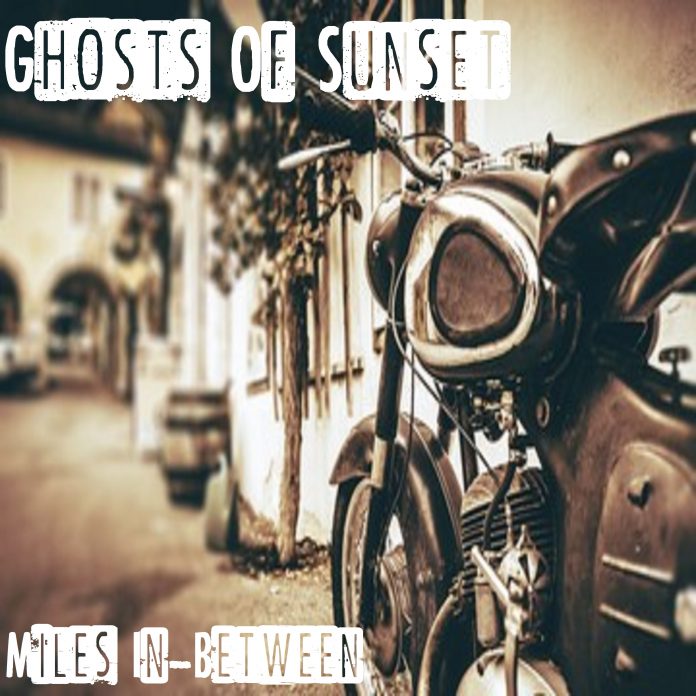 I often listen to the records I get sent for review before I read the supporting material that comes with them.

That’s cool, most of the time, because I form my opinions – by and large – without actually having them clouded. A fact that is especially true with Ghosts Of Sunset.

Seem right in the middle of “Headed West” is “Miles In Between”. One of those songs that lifts away the sheen of good time rock n roll, and finds a way to talk about the toll being on the road can take on relationships and such like.

And I had a whole thing planned about how the Bon Jovi Longform video (anyone under 35 is looking at me blankly right now) “Access All Areas”, which showed the band on the New Jersey tour in 1989 was really the first time I’d ever considered in my 14 year old mind that being in a band wasn’t all groupies and sex. And how the music fitted in too, because “….Between” was exactly the sort of thing I’d have been buying back then, and how fresh it sounded.

All of that is still fair enough, but it now seems just a little too on the nose given that John Merchant and Todd Long (best known for drumming in The Verve Pipe) have written this album from the perspective of struggling 80s musicians trying to find their way on the Sunset Strip.

For this endeavour they have roped in a cast of thousands too. Most notably Tracii Guns, Bruno Ravel (Danger Danger) and Ryan Roxie (there are many, many more) and the class of all of them shines through.

A quite fabulous record, it begins with the ebullience of the kid who steps off the bus in Poison’s “Valley Of Lost Souls” for the title track. The sleazy tale of a band on the cusp, so they go to LA. They get their and they are paying to play, but they are still having a good time – and why wouldn’t they?

The real cleverness of this is that it all goes sour. PDQ.

“Another Rock N Roll Show” recalls loads of bands I remember and you won’t, like Johnny Crash (one of the few bands of the era, as far as I can tell that aren’t represented in the guests). Catchy as an STI, and they end with one, probably, in a coked up haze.

“Never Goodbye” couldn’t be a better power ballad if it tried. Desmond Child used to write stuff like this before breakfast, and the first Kane Roberts album was full of them, but there’s a stoicism running through the rest.

Blue collar rock is imbued in “Now Its Over”, with the days of the fandom behind them, it’s a love song to rock n roll itself, while the last one is a thing of beauty.

“Try It For Love” is not only something that Trixter and Firehouse would have killed for it also nails exactly by bands like Enuff Z Nuff tour the world still. Because they love it, because music is in them.

“Headed West” was a superb thing even before I understood the concept. Somehow – and I am speaking as someone who couldn’t give a monkeys about storyline usually – the narrative makes this even better.

Ghosts Of Sunset belong on the Strip. But they belong at The Rainbow and not the Cathouse. Anyone who knows their 80s metal knows what that means. The rest of you, marvel at this.