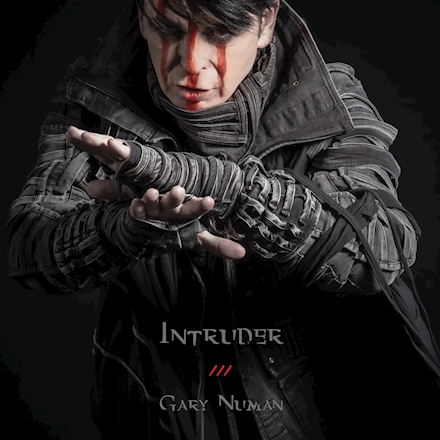 45 years in the business and the dystopian deliverer of industrial-tinged desolation follows up from his superb Savage album to send another warning to a world half asleep and spiralling into eternal darkness.  The subject matter may be somewhat depressing but this album will put a smile on your face.

Numan finds that his music speaks to people in a way that 99.9% of artists could never hope to achieve.  His dystopian musical visions paint vivid landscapes of the past, present and future encased in a sound that, although imitated constantly, is uniquely Numan.

The theme of the album, number 21 in his solo canon, is heavily linked with Numan’s previous output, namely a world lost in despair, self-destruction and desolation.  The 63 year-old has seen much in his years and does not take on the little irritants but instead casts his net on a much bigger issues.  Humanity is the cause of such pain on the planet and here he poses the idea that the planet can fight back and no longer take this abuse lying down.

The album opens up with the haunting eastern undercurrent of “Betrayed”.  It is a slow burning start filled with his now trademark brooding despondency whilst at the same time musically uplifting.  “The Gift” continues the

A number of the album tracks were written during the covid pandemic, which adds another layer of darkened introspection about the state of the world around us.  With his musical mood clearly not improving it follows a similar audio expose as his previous album, 2017’s superb Savage (Songs From A Broken World)   Whatever we have learnt in the years between that album clearly has been lost on those in Numan’s firing line.

The title track “Intruder” is a beautiful but damning indictment and the same is true of the mournfully piano-led “Black Sun”, both tracks are inspirational and challenging pieces of music that showcase the ethereal Numan at his best.

Arguably the album’s best track comes in the form of “The Chosen” a towering, anthemic cluster of hammering beats and driving guitars with a chorus that will truly come alive in the live environment.

It’s a long, long time since Tubeway Army, Numan’s original band,  came along to demonstrate a new way of creating emotive but technically savvy music.  There have been the odd missteps in his career since then but he has never been anything less than honest and progressive in his vision and sound.  When an artist has those qualities it will always come to the fore and 45 years later sounds right at the top of his game.

Intruder is out now.