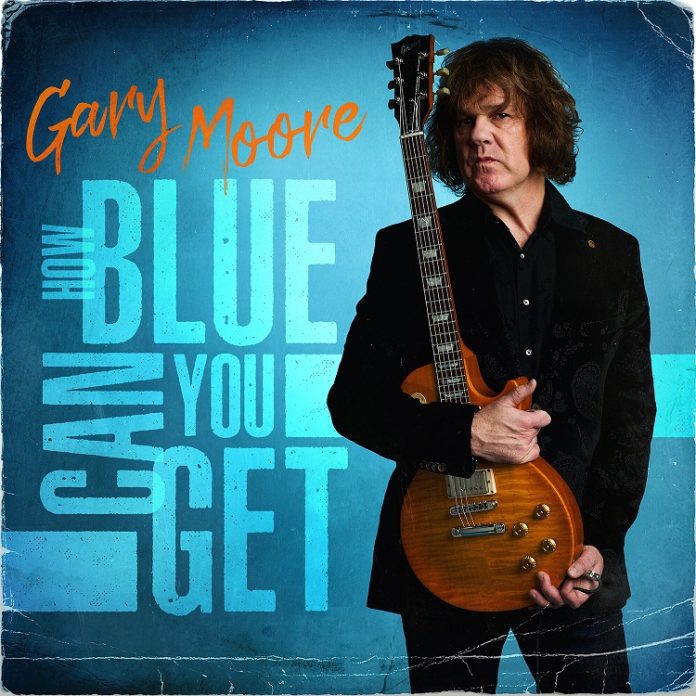 You know, there’s some occasions when I feel like a total fraud writing these reviews: This is one of them.

See, I can remember it clearly. On 6th February 2011 I was sitting in the viewing area of Birmingham’s Academy2 venue, watching The Hold Steady, when a text came: “Gary Moore. Clinkies.”

“Clinkies” is our code – me and MV’s Donnie – we’ve had that code for years to say someone we admire and respect has passed away. The idea was next time we saw each other we raised a glass to them. We still do it.

That story is told to explain we were always Gary Moore fans. But there’s still that nagging thing: the purist.

I love listening to great blues music. Rory Gallagher, Gary Moore, Joe Bonamassa, Walter Trout. Personal favourites of mine. Geniuses all, in my book – and make no mistake “How Blue Can You Get” is astonishingly good.

But, my “ball park” as it were, is rock n roll, its Swedish punk rock, its classic heavy metal (none of this new stuff, thank you!) or “southern rock”  and if you’re asking me if I know my three Kings from my Elmore James, then the answer is no.

Which is my way of saying that if I love this record on a different level to you, then that’s cool, because this is so good, someone needs to write about it.

It all begins with “I’m Tore Down”. According to the press pack that the label sent, it’s a “rip roaring” take on the Freddie King original (see, my intro’s always have a point….) what I can tell you, in my laymen way is that you are very obviously listening to a maestro at work. This is the quintessence of the “Blues” for me. The sheer joy with its which it is played by people that are steeped in it.

I would have thought – in truth – that it is virtually impossible to have any love for music and not understand the gravitas of the playing on “Steppin’ Out” (originally by Memphis Slim) or the sheer incredible scope of “In My Dreams”.

The latter is a Moore original, and goodness me, the way he makes that guitar talk is truly amazing. The expressive nature of the longing it portrays is matched by the lyrics.

The title track is a BB King hit from 1964, but this feels like a definitive version. “Looking At Your Picture” another Moore original, is one of the highlights. So raw does it sound – on every level, both emotionally and the way its played (there’s what sounds like a drum machine behind him as if it was a demo he simply had to pour onto tape) it is astonishing.

There’s some alternate takes on his own tunes. “Love Can Make A Fool Of You” with its haunting organ almost aches, while “Done Somebody Wrong” – by Elmore James – has a mischievous quality, like it isn’t bothered whether its upset you or not.

And the last one: “Living With The Blues”? I am not sure whether “wow” is the best word to use in a review, but it’s the first one that came to mind. A master at work. It is majestic.

The wider point here is that Moore did live with the blues. The music is in his every pore, his very life was defined by that sound. That’s true too of every one of the greats I mentioned in the opener. The truth is though, it doesn’t matter how you enjoy it, just enjoy it. “How Blue Can You Get” is a monument to genius, whichever you look at it.

Previous article
BAND OF THE DAY: THOSE WITHOUT
Next article
ROULETTE REAL