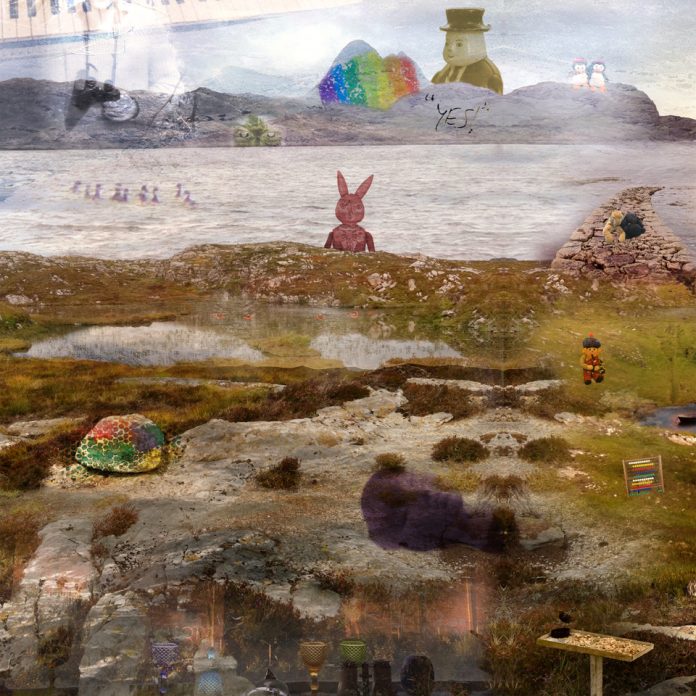 Fyfe Antony Dangerfield Hutchins is an English musician and songwriter, best known as the founding member of the indie rock band Guillemots. There was a time when the band were everywhere and just as suddenly, around 2012 they disappeared off the radar. In September 2018, Dangerfield launched www.channelsmaychange.com, his new online channel and began broadcasting the series “Birdwatcher”, a surreal mix of music, songs, sounds and characters, split into twelve weekly episodes, each put together in frantic real-time in the days ahead of transmission. The entirety of Birdwatcher is available to stream and download for free via the channel, along with accompanying “menus” for each Episode. It is from this that some of these songs that were chosen to form his The Birdwatcher EP.

This six-track extended play opens with `Woah! Life` a overwhelming proclamation that i`m sure we all feel at times. We have a child`s cry and tinkling piano and a sort of Flaming Lips romanticism about this reflection on life and making the best of it. The lyrics while not profound do acknowledge the inevitability that our time here on earth is finite. Lyrics such as “I never want to die but I will” cut right to the heart of our unease when contemplating our mortality. We enjoy intermittent birdsong throughout this mature, gentle, and intricate life questioning soundscape. In the track “www.channelsmaychange.com” we have an advert possibly through a brief audio interlude that blends snippets of what is possibly available on the singer`s media channel.

Title Track `Birdwatcher` is a wonderfully trippy affair. A simple offering with predominantly piano and the singer`s delightfully rich and varied vocals that rise and fall along this journey that again includes bird warbling’s merged in with some charming backing harmonies. We have another odd musical intermission with `The Sea House` which seems to meld slight spoken word with sound resonations or reverberations.

`Lochinver` opens with acoustic or Spanish guitar chords and softly shared vocals which at times was joyfully mesmerising and hypnotic. A tiny amount of percussion was added to the mix alongside aural snapshots before midway through a brass section joined giving it a funky jazzy vibe bursting into life. The number is named after the most beautiful Scottish village where the writing and recording began according to Fyfe`s social media. It`s a dreamy excursion and never feels the ten minutes in length, that it is. The final piece in this jigsaw is `Lying There` and seems like an epitaph. It is really synth and vocal musings in an almost choral, quite spiritual nigh on sensory expedition.

The Birdwatcher EP is an interesting release that may have some conceptual ideas that go from `Woah! Life` possibly birth, existing and all that it entails to `Lying There` which could be a metaphor for death with its commemoration like texture. Nevertheless, is a pleasantly diverse expression on life reflections, maybe even cathartic for the singer, who knows.

Still after nearly a decade without any new material, it’s good to hear from somebody who is still fresh and innovative. Welcome back Mr Dangerfield.