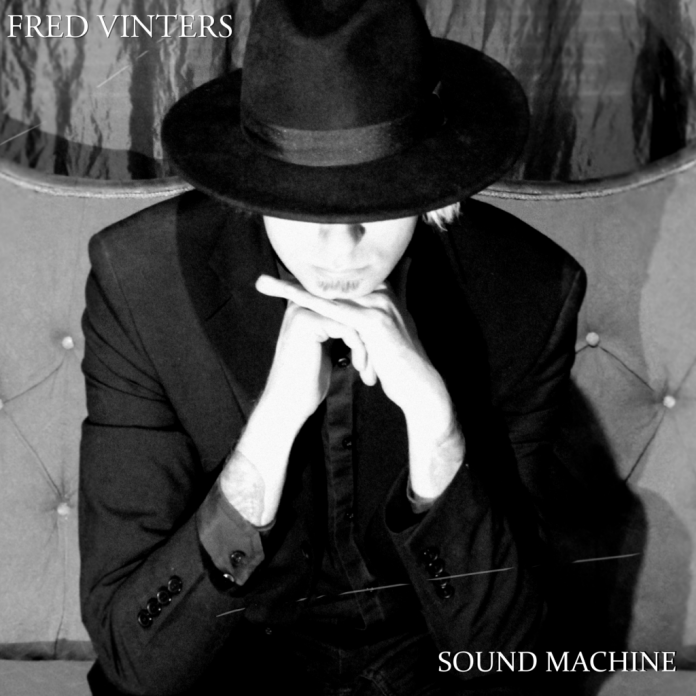 Fred Vinters is the darkest secret of the eerie woods of Värmland, Sweden. In 2017, Fred grew restless and picked up his guitar. He started out by writing six songs, in three days, three of these are released now as part of his four track “Sound Machine EP”

First up is `Man With A Gun` a slowed down slice of garage rock, with Fred`s deep almost gravelly voice sharing some quite dark lyrics on top of a fuzzy guitar riff, bass line and pounding drum beat. Simple but superbly effective. `What I Lack` follows on in a similar vein but this time I felt the music was so mesmerising and really pulled me into this musical montage. The lyrics seeming to be a self-effacing appraisal of the narrator from what he is being told by a seemingly romantic suiter.

We have a cover of a Tom Waits number from his 1999 album Mule Variations in the form of `Chocolate Jesus. ` It`s a pretty faithful copy of this marvellous tune but with Vinter`s own twist to this bluesy folk song.

The concluding track `I Can’t Stand the Sun`, consists of just a bass line, a bongo or similar percussive instrument being tapped and the artist`s slightly detached voice almost floating atop. A wonderfully hypnotic trance like piece that had me almost tripping out in a pleasant way.

I have to say there is so much to enjoy about the EP and it will be interesting to see how this musician develops this sound on the road, as this was put together alone in the studio. He does perform in a live setting with a fellow drummer. guitarist and a bass player.

I thought this was a splendid debut release and loved the stripped back bluesy feel of this offering with its compelling guitar riffs and entrancing drum beats. An artist to watch out for.