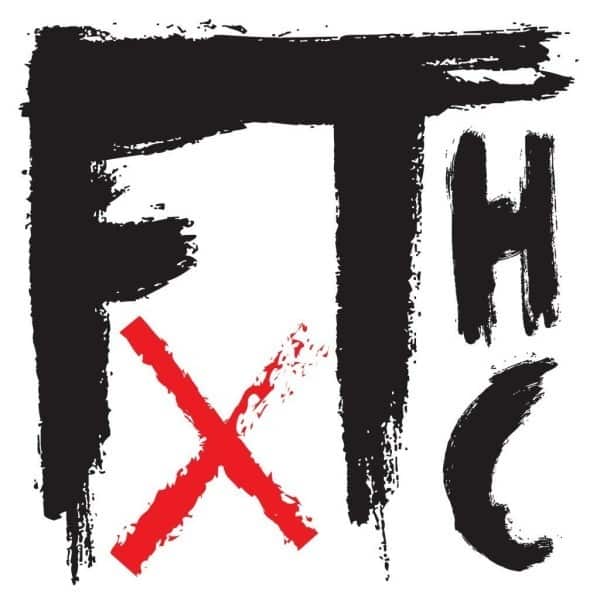 It seems that every review that I write these days contains one or more of these phrases: “a lot has happened since….”, “I’d forgotten that….”

Well strap yourselves in boys and girls as both are coming up.

“FHTC” is Frank Turner’s first studio album for three years. And so much has happened since 2019 that I’d forgotten that to be the case.

Rewind to the gorgeous, cloudless spring of 2020, when we were all sent to work from our tables and I was listening to podcasts like “No Man’s Land”, the excellent companion series to Turner’s album from the year before, to get through the day.

I didn’t know then – I don’t think, I might have done, I don’t know – that the dread I was feeling every time a work email, or WhatsApp message came wasn’t normal. I didn’t know that the fact I was glad at the news of lockdowns meant that I didn’t have to drive to London for a Guns N Roses gig in May and thus suffer the worry of driving my car that had begun in October 2019 was anxiety.

If I had of, I might have avoided the depression which became so bad in October 2020 that I was spending most evenings telling my dad that I wished I was dead. On the 9th October I asked for help.

Why am I telling you this? The answer lies in the lyrics of “Haven’t Been Doing So Well” track three, as it goes, of “FTHC” – it stands for Hardcore, and well it might, as its brutal. I defy anyone who has been through it – and it’s the worst feeling in the world by the way – to not hear themselves in the lyrics. That’s the genius of Turner. He articulates the struggles of his audience better than just about anyone does.

I am a few years older than Frank Turner and aside from a music taste that means we are both in the Iron Maiden fan club and obsessed with The Wildhearts, we probably don’t have a lot in common. Yet, ever since he was the first gig I saw after my mum died in 2009 – the song “Long Live The Queen” is one I still find it hard to listen to – I feel a kind of kinship with him. The honesty, yet warmth of his words, the way his music never seems to be staid, those are things I try and do too (hence I use, on occasion, these reviews like diaries).

I’d seen Turner before that time when he opened for Gaslight Anthem. He was the singer in Million Dead, a real cult punk band. Through the miracle of the internet, I can tell you it was almost 17 years ago, and maybe as a product of the times this is the heaviest record of his solo career. The opener “Non Serviam” proves that, but my goodness it’s filled with laser guided rage. The Latin for “I Will Not Serve”, this line I don’t mean to be cagey about this, so I won’t be. You gave up on your backbone so quickly it scares me” essentially sums up those who govern us. And this is a weighty album for dark times.

“The Gathering” (which gets bonus points just for having Jason Isbell on the track) celebrates the sense of community that always informs his gigs and wider music, but more than that, there’s a real Hold Steady thing going on, which is forever welcome on this site. There’s “Untainted Love” too, which begins with the words “I sure do miss them drugs” and talks about love saving him. He’s spoken about this on stage too.

The deeply personal nature of his lyrics has always connected with me. “Fatherless” makes me glad for my own and his support, “My Bad” is another full throated punk roar against white privilege, and the absolutely beautiful “Miranda” provides the centrepiece of the record. A brave piece  – even by Turner’s standards – which celebrates his father’s transition to being a woman, and their reconciliation as a result. The line “Miranda, its lovely to meet you”, is one of the peaks of his career.

Every song seems to mean something to the writer and through that will connect with everyone. “Wave Across A Bay” sees him speaking to a friend who took his own life, “The Resurrectionists” sums up his life to this point, and we meet some characters that have appeared before (another nod to The Hold Steady, perhaps?)

“Punches” could be an Anti-flag song, and there’s a real garage rock flavour to “Perfect Score”. What this does though, is balance it out with little changes of pace and feel. “The Work” has a kind of “Waking Up The Neighbourhood” era Billy Bragg flourish, as it tells its everyday tale of domesticity, and “Little Life” is a kind of Eels-esque jangler as it finds its place.

The reason for all this, is perhaps encapsulated in the last one. Turner’s near spoken word homage to London, the place he’s left for married life in the quiet of the Kent coast, and maybe this then is a concept record, one that begins with a rage, works out why, makes the changes and finds is sense of piece and place.

Maybe, maybe not. What I am certain about, though, is “FTHC” is a brilliant record, one of the best of his career, and it feels like he still has plenty left.

Previous article
BAND OF THE DAY: VERONICA FUSARO
Next article
BOOM DOWN, RATS