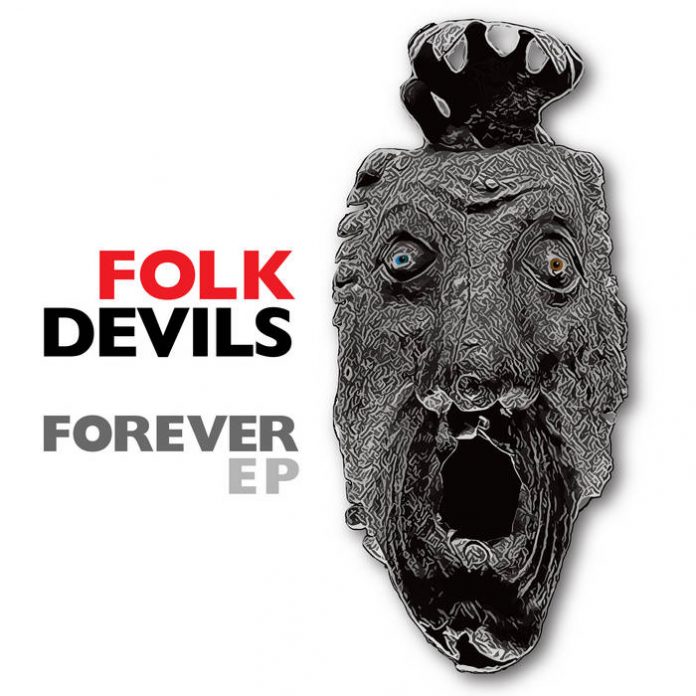 Although familiar with the name Folk Devils, the post-punk ensemble that blazed a trail across the UK’s independent music scene of the mid-eighties and opened up for Nick Cave & The Bad Seeds, The Fall, The Gun Club and The Screaming Blue Messiahs, I’d never seen or heard their music. The band shone brightly for four years before disbanding in 1987. Founder members, guitarist Kris Jozajtis and bassist Mark Whiteley, reformed the group, recruited, and added guitarist Nick Clift, drummer John Hamilton and singer Dave Hodgson and have returned with their first new music in thirty-three years.
`Forever` opens this three-track offering and it`s a wonderfully expansive piece. The rhythm section allowing the slightly detached but quite hypnotic vocals to narrate a tale of seeming alienation from society and the effort made to fit in with the crowd with the underlying thought that nothing lasts forever.
A faithful new version of an old live favourite follows with `Ink Runs Dry`. The wonders of modern technology allowed me to compare this with a version from a radio session from the mid-eighties. This was another track that was quite mesmerising. The bass, drums and guitars again laying a foundation for Dave`s slightly disconnected delivery.
`My Slum Soul` would seem to relate to ambling through life with no sense of purpose. There`s a light reggae vibe at times and the crunched guitar riffs throughout give it the feel of alienation. The chorus of “My slum soul” are almost delivered with an angst-ridden howl.

Sadly, I missed out on Folk Devils first time round but this taster has given me a hunger to hear more and if another band from this era, The Ruts, can be an inspiration, having returned bigger and better than ever, there`s a real bright future on the horizon for Folk Devils.