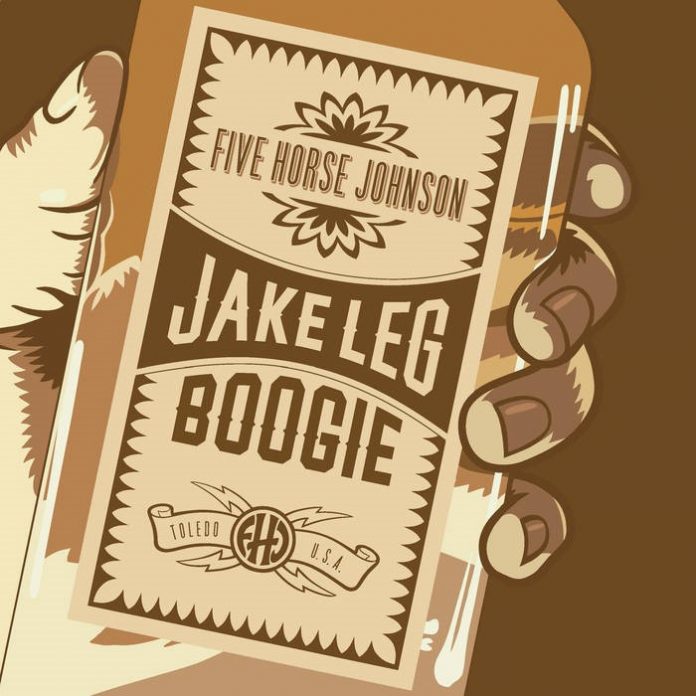 Hailing from Toledo, Ohio, Five Horse Johnson have been going since 1995 and this is their 8th album. Starting out as a blues band, they have since morphed into a hybrid of blues, classic rock and southern boogie. I was fortunate enough to see them live some years ago and they were right on the money. Front man Eric Oblander has also added blues harp to Clutch shows in the past, so that gives a pretty good idea of where their music is at.

Jake Leg Boogie is high on quality, low on ballads and for existing FHJ fans, it’s exactly what they want to hear. The title track opens proceedings with a Texas boogie flavour and Magic Man rattles on behind in true FHJ style. ‘Cryin’ Shame’ lulls the listener into a false sense of calmness with its picked intro but it is a blues rock tour de force. ‘Ropes & Chains’ is a bit slower paced which sets up ‘Hard Times’ a treat. This opens with a heavy Motown beat and riff – imagine Corrosion Of Conformity covering a Supremes song – I know it sounds odd but it really works. ‘Smoke Show’ is a great show case of Oblander’s harp playing and ‘Little Lonely’ allows guitarist Brad Coffin the same. In fact Coffin is worth special mention on this album; his playing is the foundation on which all the songs are built. ‘Overload’, ‘Daddy Was A Gun’ and ‘Last Song’ close out the 10 song album. ‘Daddy Was A Gun’ is particularly good; a slow and menacing tribal beat with a funky guitar riff, it’s the best thing here. ‘Last Song’ is the only slow song present and they keep it brief but, in my opinion, the album drifts to a close because of it.

So there it is – it’s 2017 and we have a new Five Horse Johnson record. As they go it’s as good as any before it and at this stage of their career, it’s probably all that their fans ask for. Get them on a UK stage and it’s guaranteed that they will find plenty of new fans because that is where they do their best work. So maybe, with a strong album to support, we may see them back over here – let’s hope so.