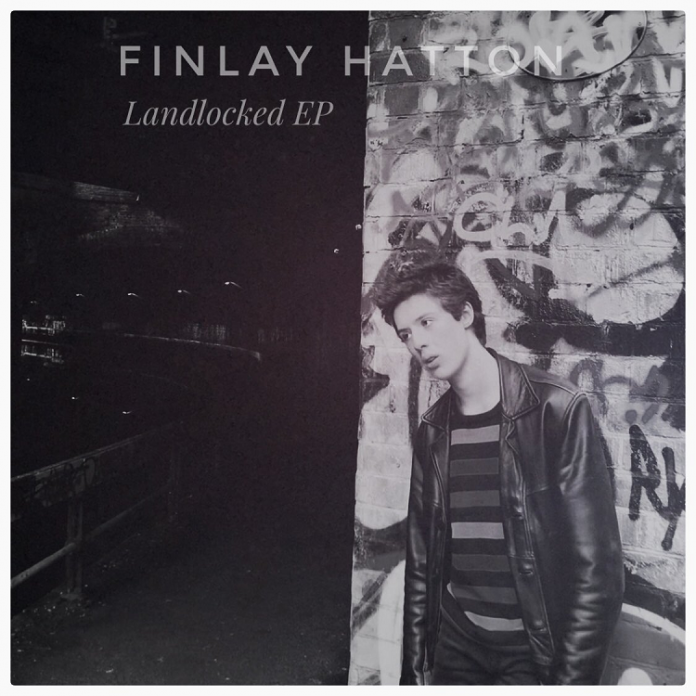 Landlocked is a three track EP from up and coming Birmingham singer-songwriter and musician Finlay Hatton. These three tracks are the first of a series to follow and act as a taster of what`s to come on his album `A Silver Lining` due out in October. This album is the follow up to last year`s debut album `What Is Left Unsaid`. Once again, Finlay has not only written, played, sang, produced, and mastered this album but he has created all the artwork as well. Again, as with last year`s songs these were also written during this extraordinary period of isolation. Finlay was exposed to a lot of music in his formative years, whether at home on vinyl or listening to music in the car and he hopes to attend the BIMM Institute (The British and Irish Modern Music) in Birmingham. BIMM is Europe’s largest, most connected music institute with eight colleges based in vibrant musical cities across the UK and Europe. His intention being to explore the music industry further and hone his skills as a musician. BIMM has produced a number of successful musicians that include Fontaines DC, The Kooks and Pale Waves. Finlay`s own musical influences are Birmingham`s Victories at Sea, Slowdive, Death Cab For Cutie (especially Ben Gibbard’s song writing), The Pains of Being Pure At Heart and Radiohead.

This extended play opens with `Landlocked` (feat. Marianne Mills) which describes the feeling of being influenced by those around you and trying to break that and escape. It also touches on the feeling of unrequited love and regret for mistakes made in the past. It can also be viewed as a contrast between natural and urban environments. It has a delightfully dreamy and quite melancholic vibe about it. The singer asked Marianne to add harmonies as he felt it would improve the song, for him it kind of brought everything together and I have to say there is a real connection in their differing styles of vocal delivery. The reflective sadness and deep introspection that permeates at times throughout this track was enhanced with some captivating cello strings and piano keys.

`Rescue Fantasies` is more keys, guitar and bass driven and to me had a kind of Morrissey / Smiths texture. The singer has said it`s about a saviour complex, where the man in the song is attracted to the women’s sadness and exploits it. It had an expansive sound heading slightly anthemic and became quite mesmeric as it progressed.

We close with `On Your Own` which the singer has said is about the journey for refugees coming over to the UK and mainland Europe. The narrator of the song later talks about how they have seen the death of their own father at the hands of war. Intricate guitar chords and strings along with a pounding drumbeat lay the foundation for the vocals to relay this harrowing tale. The vocal delivery conveys the anguish encountered and you can almost feel the despair of this nigh on desperate and hopeless ordeal. Food for thought indeed.

`Landlocked` is an all to brief taster of what`s to follow with a full blown album due in the Autumn but there was plenty to savour with these songs. The lyrical content may have you absorbing and reflecting back long after the tracks conclude.

It`ll be interesting to observe how this talented young musician progresses.