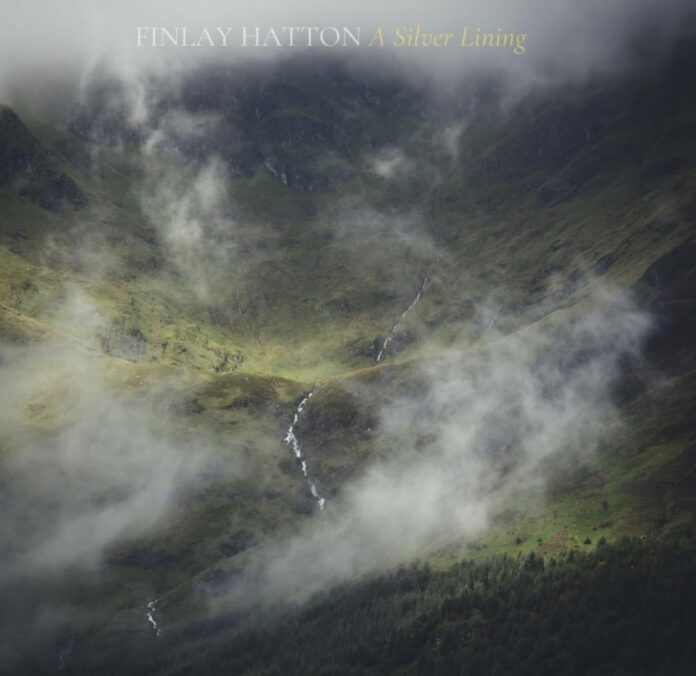 `A Silver Lining`, released this month, is the second album from Birmingham singer-songwriter and musician Finlay Hatton. This release is the follow up to last year`s debut album, `What Is Left Unsaid`. As with last year`s songs these were also written during this extraordinary period of isolation.

The album opens with `Headlights` which is in essence a love song. It`s seemingly a recognition of an unrequited love where the admirer seems to finally come to terms that this romance will never happen and it`s time to move on. It`s a quite melancholic piece which is probably understandable due to the subject matter with Marianne Mills adding some backing harmonies. It has some slight orchestral swathes and acoustic guitar adding a further touch of poignancy. Again, `Landlocked` features Marianne Mills and describes another one-sided romance, that feeling of being influenced by those around you and trying to break that and escape. It can also be viewed as a contrast between natural and urban environments. It has a delightfully dreamy and plaintive vibe about it. The singer asked Marianne to add harmonies as he felt it would improve the song, for him it kind of brought everything together and I have to say there is a real connection in their differing styles of vocal delivery. The reflective sadness and deep introspection that permeates throughout this track was enhanced with some captivating cello strings and piano keys.

Living Colour wrote a song called “When Love Rears Its Ugly Head` and `Standing Here` is a further track written about love but this time a platonic kind of love. It recognises that companion or friend who’s always there when life throws those difficult challenges. It`s initially just keys and vocals but fills out as it progresses with a delightful guitar solo. The vocal delivery does seem to convey that sense of appreciation for this special someone being in their life. There is a much more upbeat electronic indie sensibility about `Far Apart` which relates to feeling a sense of separation but wanting to be closer to someone. A track that can be interpreted in a number of ways.

`Someday Life Will Be Beautiful` opens with piano keys before a drumbeat that sounds like a military cadence leads us through this thoughtful reflective piece on a friendship that has shone light in dark times. The only other number I know that even vaguely refers to the death penalty is the Adverts `Gary Gilmore`s Eyes` from the late seventies. But `Requiem` is the singer`s view on it through this wistful elegy.

`Ways To Say Goodbye` had a dreamy somewhat mesmeric texture that I felt myself drifting off whilst listening to and reminded me of Joy Division`s earlier offerings. We have a number that touches on social anxiety in `Who`s Left To Drive`, a subject that would never have been addressed in years gone by.

`The Lifeline` expresses the frustrations of depression and how it effects those closest to you and if anything, how those affected should seek professional help. Well-meaning friends can only do so much and could almost create further problems. A ruminative and contemplative offering that cuts deep. This release closes out with `Ashes` and again it`s a personal reflection on capital punishment but specifically by means of the electric chair. The idea seems to have come from watching the electric chair death scene in the film `The Green Mile`.

A Silver Lining” is an album that needs a few listens to really absorb it. The lyrical content is fairly meditative at times and may well have you reflecting back long after the tracks end. A fairly mature and at times profound composition for somebody who is still enjoying their teenage years.