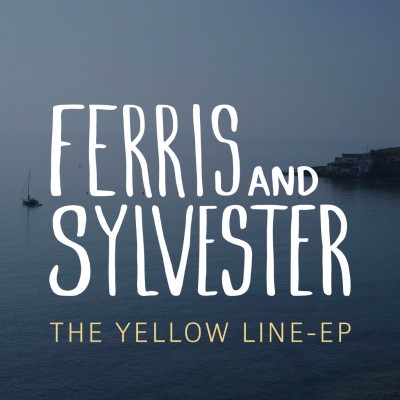 London based duo offer quite an opening punch

All the best singer/songwriter stuff has always had the ability to make you think, to challenge, to do the unexpected.

The first song on the first release from London based duo Ferris And Sylvester does all that and more.

“Berlin” deals in a more graphic way than you might expect with a messy break-up, or more pertinently the reaction to it: “the night that she left, I was playing at a bar, I took a girl home that night and pretended it was her,” sings Issy – the Ferris part of the duo.

As you might expect, given that there are times when the four tracks on “The Yellow Line” almost seem to be their diaries, there is an attention to detail here. A love for the minutiae, if you will, that permeates. “Cold Summer” for example, speaks of “traces of memories that I can’t bear to throw away” before adding “I still have your ticket from the London train.”

Tales of heartbreak are commonplace of course – and frankly you have to be The Beach Boys to make good happy music, but what makes F&S (Sylvester is Archie – the pair met on the Camden music scene) so special and why people are getting quite so excited at this early stage, is the music jars with this completely and the finger-picking acoustic style belongs to the 1960s world of early Dylan or Joni Mitchell.

There is – as you might expect from a record Youth was involved in as producer – an experimental heart here. “Break My Heart” is so fragile it almost feels like it would shatter, but the pay off line comes in: “before I break yours.”

The closing track of the quartet, “This Is What You Get” which adds some understated, yet perfect, percussion. Is a gentle, affair, at least until Sylvester adds his vocals and with them the thought: “no we like to spend our money on cocaine.”

This is obviously just their debut release, but there is every reason to think that following Ferris And Sylvester might be a lot of fun. You probably won’t be able to second guess them, and there is a real feeling that here they are only getting started.