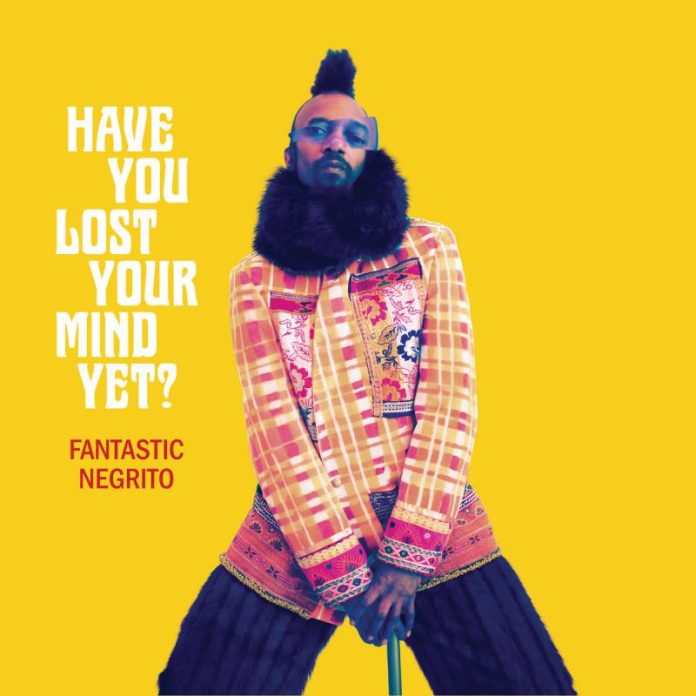 I’ve been doing this website for – give or take a fortnight – six years.

The reason it’s called Maximum Volume Music has its roots in the fact I turned my record player up one night and it said: “Max Volume” which I thought was kinda cool. The reason for the “music” rather than some other epithet was simple: I wanted freedom. There are those on a path with power pop, punk rock, blues, metal, whatever. Not me.

I am bored easily, and the answer to the question: “what’s the record that changed your life?” should always be: “The next one.”

In the six years since 2014, I swear to you, no record has come closer to the embodiment of that freedom, that lack of a box if you will, than this one.

Ask me what “Have You Lost You Mind Yet?” is, and I don’t know. I don’t even know why I like the damn thing, if I am honest. I do, though.

I am aware that isn’t what I am meant to say in a review. So, I’ll do you a deal instead: We’ll go through this together and work it out, then you listen to it. Because I’ll guarantee that when you do, you’ll hear different things than me.

“…Yet?” begins with “Chocolate Samurai” which is funky, bluesy, and mostly both at once. Then there’s a bizarre section at the end, which basically for the last minute turns into a jazz thing. “Eat less sugar, have more sex” he suggests. I cut out sugar completely a year ago. I am working on the second bit.

“I’m So Happy I Cry” and its gospel overtones is different altogether, and credit to the rap in the middle for namechecking “Malcolm In The Middle” (it wasn’t a patch on Frasier, though, so when you get that in, come and talk.)

And to be fair, if ever there was a record that might just find a way, its this one. “How Long” is as soul-filled as it comes, while “Shigamabu Blues” nails it. “All kinds of things can happen in the world,” he sings, neglecting to mention that whatever occurs, this could be the soundtrack.

The organ on “Searching for Captain Save a Hoe” is good enough on its own,  but here we learn “that you can’t make a housewife out of a hoe”, which is useful advice.

Joking aside, though. As soul-filled blues, you aren’t ever going to come across anything better than “Your Sex Is Overrated”, has a brilliant guitar solo, never mind anything else and “These Are My Friends” makes a trad blues melody all his own. FG (Xavier Dphrepaulezz) to his mates, has a vision that few others (maybe no one) would have, but he has an incredible voice too.

“All Up In My Space” is as laid back as you need, and the political overtones in his work are never far from the surface (albeit, they are not as overt here as on his last couple of albums) but are right in “Justice In America” a pithy vignette that is bang on point.

“King Frustration” has echoes of Lenny Kravitz, but “Platypus Disaster” underlines his own confusion, perhaps. “What is this blues thing, man?” he questions. Maybe to himself. The answer is, of course, who cares? Just make it what you choose.

And that’s basically what “Have You Lost Your Mind Yet?” is. The sound of true originality. I was lucky enough to see Prince before he died. That’s the only thing that’s ever come close to melding so much together. Everyone has freedom to create. Fantastic Negrito is one of a handful that sees how far he can go.