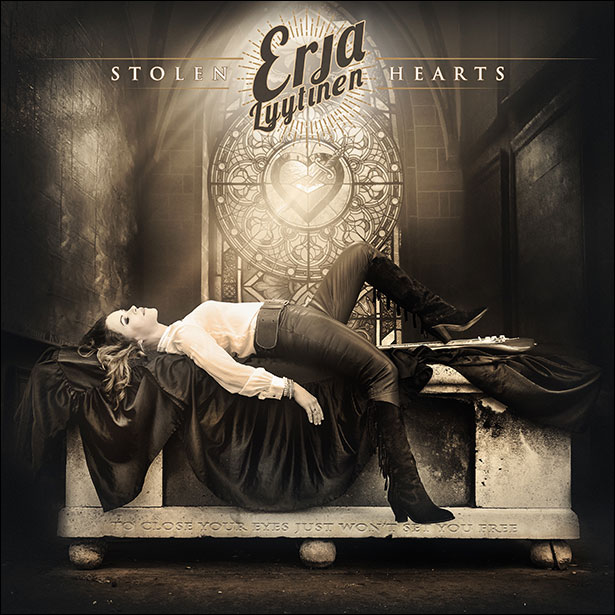 Erja rings the changes, but keeps her heart

Call it a 15 year itch, call it whatever you like but there’s a real sense that – even by her standards – Erja Lyytinen set out to test herself on “Stolen Hearts.”

The record is her tenth studio album in that time (and her first since her Elmore James tribute “The Sky Is Crying.”) and saw her leave the confines of Helsinki to record her vocals with Chris Kimsey, the celebrated producer of The Rolling Stones “Sticky Fingers” amongst others.

Indeed, the feeling that she’s really pulled out all the stops here extends to the Mastering of the thing too. Those duties were done at  Air Studios (part of the world-famous complex started by Beatles producer George Martin) by Ray Staff, whose credits include iconic rock albums like David Bowie’s Ziggy Stardust and Mott The Hoople’s All The Young Dudes.

So not surprisingly it sounds fantastic, but as any football fan who’s team has spent big on players that just don’t work out (not MV’s you understand….) knows, it doesn’t actually matter how much money you chuck at something or what the personnel is, more how it performs.

In the context of a record, this can be roughly translated as: “is “Stolen Hearts” any good?” And the answer to that is yes, it is.

You can immediately sense the differences. The title track begins with a pop-like hook, adds in funky verses and still manages the type of blues solo that Lyytinen is famed for.

And, it is striking that however many tangents she takes things in – and there are many – the root of it is blues – at least most of the time. That is certainly true of “Rocking Chair” with its massive, swinging groove. The soulful feel of “Love Laboratory” is interesting, given it might initially seem like something Maroon 5 might do, but the wonderful organ and piano work here take it into another realm entirely.

Lyytinen has worked hard on her vocals too, the breathless delivery on “24 Angels” for example, and if you thought there was no room for good time blues in this brave new world then along comes “Black Ocean” to debunk that theory.

“Slowly Burning” is heart wrenching blues mixed with jazz and will sound perfect at 3am when it’s just you and everything you regret, and there’s a glorious shuffle about “Lovers Novels”, while the lighter sounds of “Silver Stones” are at odds with the dark subject matter of mental illness which affected one of the singer’s friends. It is a fine song and a fitting tribute.

A record where, perhaps strangely, the organ work is as important as the guitar sees keys to the fore again on “Awakening” which 20 years ago would have had “breakthrough radio hit” written all over it, and there’s an Americana strand right through the superb “City Of Angels.”

A compelling collection ends with another unexpected twist. “Broken Eyes” is a stripped down, fragile piano led ballad, but like pretty much everything else here it hits the spot.

It is always a risk to change things up, but some do it better than others and some have a daring side that makes it a natural thing to do. Erja Lyytinen is at her most diverse here and hasn’t sounded better in years.