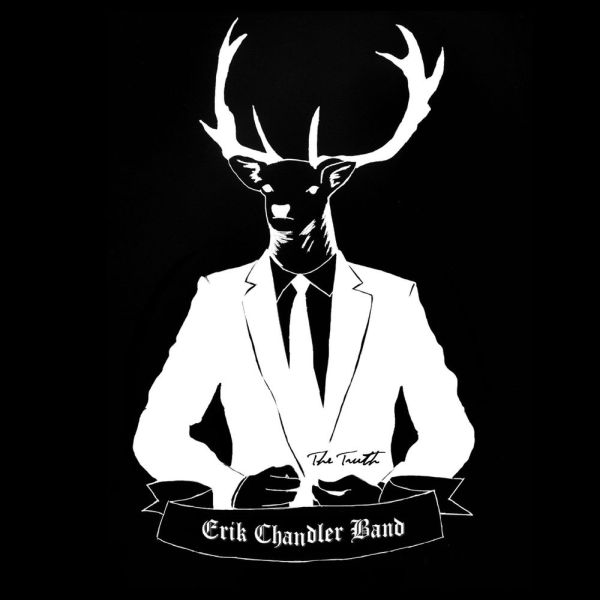 We might as well admit this from the get go. MV doesn’t particularly care for Bowling For Soup. Sure, like everyone else, we enjoyed “Girl All The Bad Guys Want” and “Punk Rock 101”, but pop punk and all that…..well its not something that floats this particular boat.

In that context, then, the debut solo release from BFS’ four stringer Erik Chandler isn’t something we expected to be writing 500 words about, but there we go. We are, and we are simply because its ace.

This is not without precedent either – and stick with us here – because we are also taken with People On Vacation, the band that features Bowling For Soup singer Jaret Reddick and Ryan Hamilton, and therein is the point, because what was superb about that record is equally great about “The Truth”. That is to say it wraps its acerbic little vignettes over a soundtrack that suggests it just wants to be the soundtrack to your summer romance – in the case of songs like “Push The Pedal” it is.

Elsewhere, though, as on the quite brilliant “Malibu Classic”, it is like this. Imagine if Hold Steady, Fountains Of Wayne, and Everclear got together and jammed with the aforementioned Hamilton’s solo band? Got it? That’d be pretty sweet right? Well this is. Goodness me, who wouldn’t enjoy lines like “we barely got laid, but we barely knew how” over a wonderful, unashamed “na, na, na,” type hook?

If you do, then brother, we got a gem for ya right here. “After 12” suckers you in by sounding like the day job a bit, “Hold It Together” on the other hand, is way better, and sees Chandler in full on Brian Fallon mode, but it’s with “Tonight’s The Night” that things really get into their stride – a shimmering hook, seemingly filled joy belies the fact that the pay off that “tonight’s the night that I am leaving you.”

“It Ain’t Right” is more of the same, and the bouncy-as-a-box-of-frogs “Honestly” strips away its layers to make itself vulnerable, but works on whatever level you want it to. “This Time” is almost countrified, and “You Were Gone” is almost the perfect blue collar pop song – not too dissimilar to one of those Springsteen packed “The River” with 35 years back.

“Where Did You Go?” is the most punk rock cut here, bringing with it echoes of the much missed – by these ears anyway – Joyrider, but as that will mean nothing to 99% of the people reading this, just know that it rules. “Did You Know” by contrast – with its clever organ use – is the most laid back, and has a real campfire vibe.

A mighty fine collection of songs – well-crafted and catchy – ends with a kind of Gaslight Anthem stomp and “Rudderless” and really is a proper unexpected gem. The bottom line is as simple as most the material here. If you enjoyed Ryan Hamilton’s “Hell Of A Day” album (and if you didn’t then go and listen to it again until you realise it is magnificent) then go and check this out too.

Previous article
Breaking Up
Next article
Improvised New One