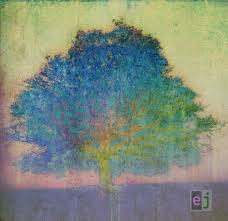 Thirty years into a storied career Texan guitar maestro gets down to brass tacks and gives a new spin on some old tales on first all-acoustic album.

Eric Johnson is a smart man. Not only is he one of the most talented and respected guitarists out there he is also showing that at 64 years young this, relatively, old dog can learn new tricks.

Historically EJ is usually one for taking time over his records, sometimes a long time, but for this album, his first all-acoustic affair, the multi-dimensional and multi-genre artist favoured a more immediate and “in-the-moment” approach with a mixture of covers and all-new and re-arranged original material.  It’s a brand new slant to his recorded output and it makes for a delightful gear change.

An instrumental interpretation of the Simon & Garfunkel classic “Mrs Robinson” is a delight and a bit of masterclass of guitar work and playful melody. Whereas the piano-led “Water Under The Bridge” is a soulful refrain that showcases Johnson’s vocal talents and craftmanship as much as anything.

A breezy and laconic cover of The Jimi Hendrix Experience’s “One Rainy Wish” would have been sure to get the thumbs up from the great one. The song was written by Hendrix following a dream he had about the “sky was filled with a thousand stars … and eleven moons played across the rainbows” and Johnson perfectly captures the original mood and emotion whilst adding his own individual trademarks.

The light instrumental jazz-infected notations of “Serinidad” lead perfectly into the wistful balladeering of “Fatherly Downs”. An acoustic version of this track is already available to EJ fans via various bootlegs but it’s nice to hear a clean and clear version of it on this album and it does no harm to make use of his Martin D-45 steel-string acoustic for this track, amongst others.  A number of tracks were played live and recorded at the same time which gives the overall feeling of a live gig that you don’t want to miss.

“The World Is Waiting For The Sunrise” is a fresh and light footed instrumental rendition of a much covered track that races along at a speed the other twelve tracks on the album can only dream of attaining. The great Les Paul, The Beatles and even comedic actor Stan Laurel, of Laurel & Hardy fame, have given their own interpretations of this 1919 ballad. EJ can now add his name to the terrific versions available.

Overall, this is the music of a man that is more than comfortable in his own skin, ability and place in the pantheons of modern music. He is able to experiment a little and produce something genuinely different to what he has done before.  Unlike UK boogie rock legends Status Quo, who recently brought out an acoustic stripped down album of their hits, this is an entirely different take on the new ways of creating old music.

EJ is released on 7th October 2016.  Go to http://www.ericjohnson.com for more details.