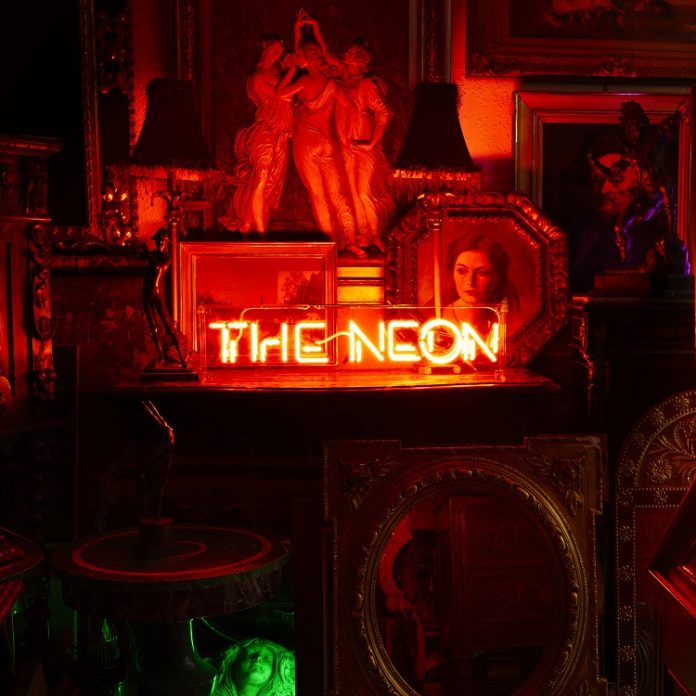 Synth pop duo Erasure, Andy Bell with his expressive voice and extravagant stage persona and Vince Clarke the laid back and almost expressionless character produce the sort of music that I would tend to turn to, when I feel the need to lift my spirits. It`s alarming to learn that they have been producing their high energy new wave Electropop for thirty-five years now.

They have a new studio album “Neon” their eighteenth and follow up to 2017`s more introspective, contemplative offering “World Be Gone”.

The first thing that becomes apparent on listening to “Neon” is that Mr Bell has lost none of his rich and diverse vocal range. The songs are varied but the feel of this album is much more upbeat and what I would expect to hear from this innovative pair. We have reflective songs such as `Fallen Angel` a quite anthemic piece with almost self-examining lyrics of the narrator deciding to change their ways to be more content and the quite nostalgic `Kid You’re Not Alone`

There`s the mid paced `Nerves of Steel` with its throbbing beat, and lyrics a moody sort of affirmation of desire and `Tower of Love` which felt like a torch song at times. We have a sleazy edgy feel with `Diamond Lies` and an almost spiritual religious touch to the ballad `New Horizons` a piano led love song.

Erasure have influenced many artists throughout their long career, and I got a hint of Lady Gaga and La Roux with the retro `Shot a Satellite` with Bell`s voice almost aspirational at times. This vocal dexterity also shone on the hypnotic, uplifting `Careful What I Try to Do` where his effortless delivery really brought this song to life.

We have hand claps opening `No Point in Tripping` which I could image going down a storm in a smoke-filled nightclub, a proper dance floor filler about a troubled romance. But the track that I have to say stood out for me was the wonderful `Hey Now (Think I Got a Feeling)` a pulsating dance offering with wonderful teasing synth beats and the line of “Hey Now, Hey Now, Think I`ve Got A Feeling” reiterated throughout to underline the sentiment. A song that would stand happily with the bands previous classics such as `Sometimes` and `A Little Respect.”

It`s a little disconcerting to realise that the bands up-tempo pop debut single `Who Needs Love Like That` was released in September 1985 and here we are today with a new studio release that seems as fresh as that.  Vince Clarke has stated about how he and his musical partner felt about the release “Our music is always a reflection of how we’re feeling. He (Andy) was in a good place spiritually, and so was I – really good places in our minds. You can hear that.” This really sums it up, the guys have produced a real bright, uplifting, illuminated, leave all your troubles behind slice of energetic electronic danceable high energy pop. This is just the right cure all tonic for these difficult times we are living through. Welcome back Erasure.

Previous article
TIME FOR STARSHIP
Next article
THUNDER FORECAST IN MAY