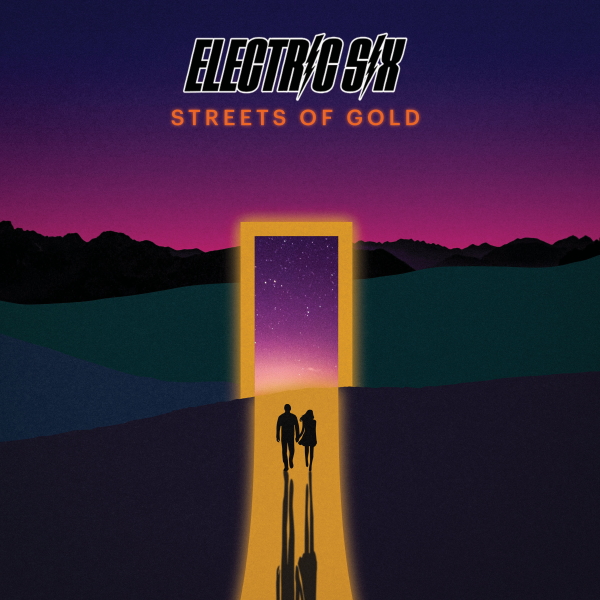 Electric Six are one of those groups that aren`t easy to bracket as they sort of combine elements of Garage, disco, punk rock, new wave and metal. The band have a new album out called

`Streets Of Gold` a collection of cover songs hand-picked by the band.

The album opens with a cover of `Don`t Change` originally released by Australian band INXS in 1982 their first single to be released internationally. A pretty faithful version that at times has a little Kings Of Leon vibe in the delivery. The band put their own stamp on Roky Erikson`s 1981 enigmatic `Click Your Fingers Applauding The Play` a song off his first album after leaving the 13th Floor Elevators. It retains that psychedelic texture and adds a little menace and mayhem.

A stab at The Jam`s `That`s Entertainment` was a lot better. They even managed to replicate the occasional thumping drumbeat.

I have to say I enjoyed the band`s version of Love`s `Maybe The People Would Be The Times Or Between Clark And Hilldale` from their seminal album “Forever Changes”. It retains the driving beat of the original and also has the intermittent horn section. We get a freaky funky rendering of Talking Heads `Slippery People` which retains all the edge of the initial release.

The Pixies sleazy `Hey` gets a real workover and it`s a quite in your face belter that has some cracking horns and a guitar solo as it progresses. Dick Valentine seems to really let rip on this number. One song that is almost made for a band like Electric Six is Alice Cooper`s classic `No More Mr. Nice Guy` and they don`t disappoint. There`s a slight Six twist but it`s hard to believe this number is nearly fifty years old.

Another tune that`s nearly half a century old is `Strutter` by Kiss and the boys bring it right up to date and it really is a close copy of the seventies original. The fellas give us their take on David Bowie and Tin Machine`s `Under The God` from Bowie`s venture into heavy metal. I have to say it`s a little restrained but none the worse for that.

The album closes out with a cover of the James Ingram and Michael McDonald eighties R&B soul hit `Yah Mo B There` a song that shouldn`t really work but somehow does. We enjoy an interesting hand percussion solo towards the end of the song vying with a synth to be heard.

I have to say I really enjoyed what the band served up here. There were some tracks that would never strike me as worth covering but they worked really well. The band have a new album out next year so it`ll be business as usual but in the meantime this maybe will fill the gap as we wait.