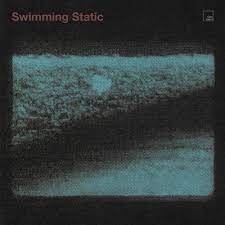 They have a new album `Swimming Static` recently released, named after the agitation and general listlessness felt during lockdown and follows 2019’s debut ‘The Omnitone Collection’.

The album opens with `Embers` which builds from a tiny spark as a cello and some keys lay a platform for the vocals to come to life. I have to say the backing harmonies are impeccably unnerving. As the number progresses there`s almost a dual between the cello and vocal delivery. We enjoy a more mesmeric quite hypnotic outing with `Purely Educational` a very danceable submission with a delightful bassline and varied vocals throughout. A really captivating listen.

`Small Plastic Heart` is a wonderfully reflective piece and so intimate that I felt I was intruding by listening in. We have swaying synths and vocals narrating a tale that may well be a metaphor for an early romantic entanglement. Another dreamy offering comes with `Sacred` which builds slowly with some enthralling beats that had me drifting off almost into another zone without really realising what was going on.

`Here Am I` is more ethereal with a driving cello and odd synth beat. Katy`s vocal delivery and the whole song in general put me in mind of the delicate tunes that The Cocteau Twins were renowned for. I felt `Queen Of Kings` had an entrancing vibe about it. It starts with cello and distant clicks that sounded like finger percussion and a vocal that had a slight discomforting tone to it almost a precursor to what may possibly happen. It does take off on a much faster pace with heartfelt pleadings as it evolved. An interesting introspective quite thoughtful composition.

Although `Feral` was an electronically driven piece, there was almost a middle eastern or world music texture about it as it swayed along with a superb pulsating beat. There was a quite intimate presence to `Intertwine` a seemingly loving declaration of commitment and protection. It had a charmingly intense spirit about it.

`Cannonball` is again a quite passionate submission which begins very minimalistic but opens and blossoms as it proceeds. The earnest lyrics and vocal delivery adds to the overall ambience of the piece. We have a short tribal drumbeat that seems to signal a more driving beat with Katy`s voice rising and falling as this journey advances. The album closes with `Late At Night` and you do get that sense of stepping back, sitting down and relaxing at the end of a tiring day. A delightfully somnolent number to bring this release to an end.

Elder Island are a name that is familiar to me, but I must confess that I am not conversant with their work, so it was a revelation to hear such a mature and absorbing release in `Swimming Static` At times it was quite nostalgic, meditative, reflective, and ruminative but was delivered with a combination of engrossing and enthralling dance and electronica tones. I thought it tipped it`s hat towards bands such as Moloko and had hints of Portishead and Massive Attack but had a style and texture all of its own. The trio seem to be a marvelous fit as Katy has such a wonderfully varied vocal range with which Luke and David manage to derive the best from.

The band are on the road in the Autumn with this album and I for one can`t wait.