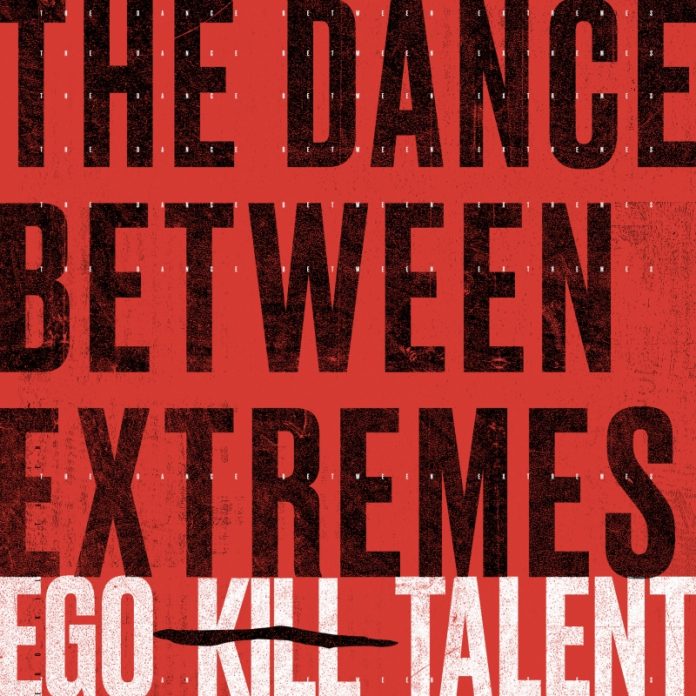 Back in December last year, I reviewed an EP from Ego Kill Talent which genuinely surprised. They were from South America, but never has a record sounded more European, mid 2000s Alt.Rock, and look I’ve never missed an opportunity to mention Zico Chain and Exit Ten on these pages (I swear to you it’s a mission of mine to bring them both back) but anyway, I digress.

The point is that “Dance Between Extremes” was hewn from misfortune. 2020 was supposed to be their breakout year. EKT were supposed to be joining Metallica and Greta Van Fleet on tour, the type of thing that can change lives, that – and I am guessing would have, I’ve not seen Ego Kill Talent live but they strike me as the sort to make a statement – but then the pandemic hit.

So plans were shelved and instead of a full album, they released it in three parts. “The Dance” in early summer, “Dance Between” (the one I reviewed in December) and now the full length to complete the set.

And, I can’t stress this enough, they are fabulous. They are genuine global stars in waiting. “NOW!” pulls of the neat trick of sounding huge, but instead being less than five minutes long. Indeed, it is the enormous scope of this that most convinces me that EKT were going to take all this in their stride.

“The Call” builds itself to a huge hook, “Lifeporn” sounds sweet, but its first line “they hate you as soon as you’re born” is indicative perhaps of an innate bleakness. Maybe this is just dark music for dark times?

“Deliverance” – probably the standout moment on the EP as it is here – begins with the thought “hey, life, I survived you” and is almost perfect modern hard rock. Everything it should be, but so seldom is.

There’s just a polish about this. Not in a horrible, boring safe Alter Bridge type way, more just an in-built confidence. It’s all over the mid-paced “Silence” for example, and even on the more stomping “In Your Dreams Tonight”, where it feels that they really let themselves go, they do it with so much class.

And, giving this repeated listens allows the subtleties to shine through, and that is to say “Sin And Saints” is heavier than you imagined for example – not to mention “Starving Drones (A Dinner Talk)” is raw and brutal in parts, in a way that you never saw coming. Further underlining my belief that this band could be anything it wants moving forward.

As if to prove that, “Our Song” is a top notch love song, and a definite assault on the charts, and as befits a band that is famed for swapping instruments on stage, there is a freshness about this throughout. “Diamonds And Landmines” for example, is full of chopping rhythms and bass groove, while “Beautiful” most certainly knows its way around some Foo Fighters tunes and there’s a genuine glee in the lead guitar work.

“The Reason” essentially brings us back full circle and puts us back where we came in, with an epic done in four minutes, the way it builds and explodes is so typical of what Ego Kill Talent do, yet so good at the same time.

It almost feels appropriate to be writing this on the week that we finally seem to be coming to an end of the pandemic, because “The Dance Between Extremes” feels like the light at the end of the tunnel. If 2020 saw them have to change their plans, then this is proof that 2021 just might be theirs.