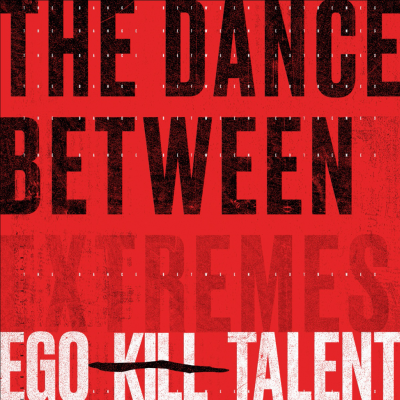 “The Dance Between” is the second part of an album that Ego Kill Talent are releasing. It follows on from “Dance Between Extremes”. Look, if you’ve not heard the first one, that’s cool, I hadn’t either, but honestly, don’t make the same mistake twice.

That’s the boring bit out of the way, here’s the interesting bit (I hope…..)

I never read the supporting material that you get sent with these releases until after I’ve decided whether I like them or not. This is not (totally) laziness on my part, its more that I think the only important thing with a record is whether you enjoy it or not.

Within about the first 20 seconds I knew I loved “…Between”, I was already dusting off my comparisons to bands like Zico Chain and Exit Ten. Bands that I loved last decade and – had I had this website then, I would have made it my absolute business to mention every week.

“Deliverance” is arena ready. Don’t worry about that. And the first line, before the big, swaggering hook, “hey life, I’ve survived you…..” says that this is a band that means business. There’s some keyboard after the first chorus too, that suggests an 80s flavour.

So I am hooked, then I read. Where in Britain are they from? I am guessing Scotland. Well, not unless they’ve moved Brazil, they aren’t.

So episode 342 of “Andy knows nothing” begins, as they are from San Paulo. And they appear to be the go to guys when “alternative” rockers go over there, given that they’ve opened for the Foos, QOTSA and others.

You can see why, too. The clipped, polished chopping riffs, and massive, catchy choruses of work like “In Your Dreams Tonight” proves that they belong on big stages.

But there’s one band that hangs over all this that I’ve not mentioned yet, but they are unavoidable when it comes to “Silence”: Biffy Clyro. The way it builds, broods and explodes is prime Biff, and they do it so well.

The last of the quartet, perhaps the heaviest, too. Is “Sin And Saints” and I am telling you, if Incubus had stuck this out, they’ve got a gold record. It’s as simple as that.

As with everything in 2020, the shadow of the pandemic hangs over this. Ego Kill Talent put the album out in this way because touring plans were curtailed. You can only hope that once they are able they can have a crack at stardom. They’ve got the talent, lets not leave it as something only between ourselves.